Should a woman at that stage of her life, toy with the possibility of starting life again from scratch? Or is the romanticism of marriage still alive and kicking at any age? What’s too young, what’s too old? We wanted some professional help to help us understand and know more about this common subject. 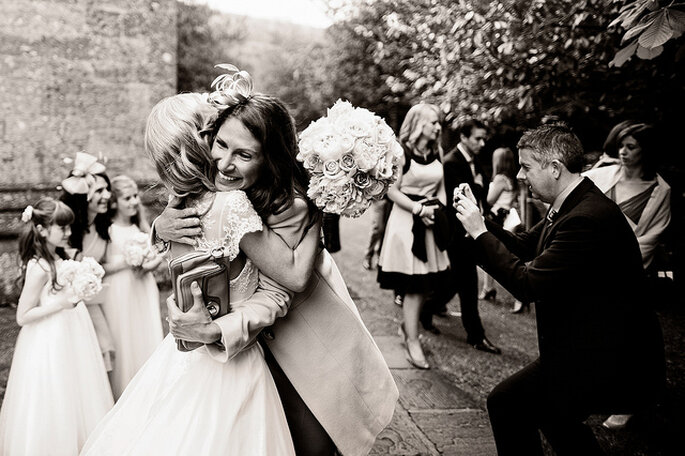 What does it mean to be a bride over 40? Transpersonal psychologist, Marcela Miguens, told us: “If I had to psychologically analyse and write about the stages of marriage, an important chapter would be “Brides over 40.”

“My 36 years of psychology with the focus on Gestalt theory have taught me a lot about how women, can and want to live with abundance and fulfillment when they fall in love. Many say: “Life begins at forty. Until then, I was rambling,” carried away by time learning to love others and to love myself. Many travelled the path of errors and pain. Others weren’t brave enough to play for a man and here they are, with their attractive 40 years, given the infinity of resources that women have to keep them in good health and looks at that age.”

Psychologist Miguens also made of point of saying that women of that age are much freer, passionate and more creative. If they let themselves dream, there are a million ways of beginning a new phase. To get the ball rolling she gave us some examples of where to meet a possible candidate:

1. Meeting an old childhood friend that is alone after an attempt at a happy marriage that went wrong.

2. A friend that decides to introduce you to someone they think you may have things in common with.

3. An unexpected encounter with a stranger that after a short time of conversation becomes someone inseparable.

4. Or a relationship that begins online and one day you decide to finally meet.

“The truth is that “brides after 40”, in general, are women that have built themselves that way, and they know exactly what they want, that learnt to love themselves and in that way, to love with a level of humour and tolerance that they didn’t have in their 20s” 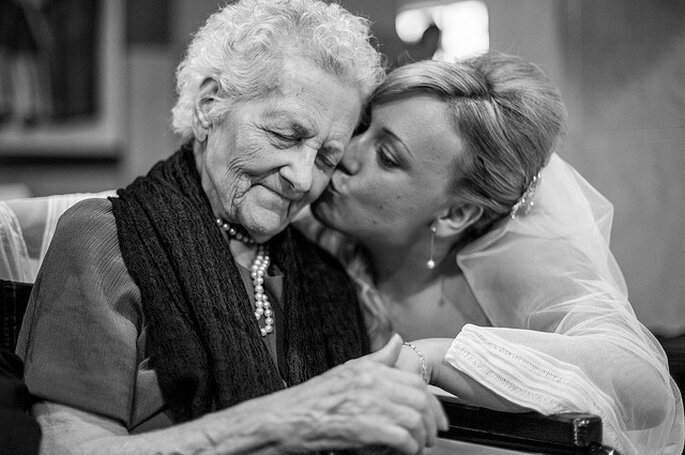 Ahead of the professional view, we wanted to know what women that have lived through this experience thought, particularly at this stage in life. Therefore, we’ve gathered some comments from women that decided to get married after 40 something, and we asked them; what did it feel like to be a bride over 40

-Marcela (aged 49): “Being a bride over 40, is a woman open to the opportunity of living a complete form of love, that feels her heart beating and her knees tremble as if she were 20 when asked the question: Will you marry me? She’s a woman that accepts showing her body without hiding in the shadows, with the marks that life has left us, to enjoy a fulfilled life.
When I met my husband, I immediately knew that he was my better half, so much so that I was waiting and we almost immediately arranged a date to get married. The first thing I thought was, what should I wear?! And so commenced my search, looking at websites, bridal magazines and I made appointments with bridal stores, but it wasn’t easy finding my ideal dress, as I wasn’t your average bride… I was over 40!
Even though I wasn’t able to wear that dress that for years I had dreamed about, the important thing to remember was that I met my husband while he was passing through Buenos Aires. Since that moment, we’ve never been apart, not even during our long distance relationship. A few months later he returned and we began our own story together. A year and a half later, I moved to Amsterdam, where we married in a civil ceremony and since then we’ve lived as happily as we can.
I came to the conclusion, that the illusion of marriage, that living as a couple after 40, the choice of giving and receiving love is an aspiration that no one should lose faith in, not even at 80. As long as you’re willing to do it.”

-Maria (aged 60) told us: “I simply asked myself: Does that “someone” exist, for who I will feel everything and completely burst? Evidently these anxieties exist in all of us, and sometimes is distorted in me, because I’m one of the ones that believes that we all have the love that we deserve, and I have dressed it up with my many insecurities, fears, interests and romantic dreams. That’s how it was with my first loves, those to whom I’m grateful as they were huge lessons to me, realising that they were mirror images of my own best and worst, mirrors of my interior moment of being.
It was a very long road, and after many years, I began removing those layers that only served the purpose of covering what I didn’t want to see. When I finally stripped myself completely, in a desert of desperation, where everything had ended for me with that love that was so locked away somewhere that made no sense… it appeared. I saw him, we got to know each other all over again, and it was finally love at first sight. Soul mates.”

-Cecilia (aged 50): “So that you can understand how I got to be a bride of this age, here is a quick summery: 1st marriage at 18, two children, then a divorce at 23; 2nd marriage at 26 where I had two daughters, but my husband passed away 18 years later.
Destiny wanted me to meet Carlos, ten years older and saddled with his own woes (1st marriage with 3 children, then divorce; 2nd marriage and then widowed). It was pain that initially got us together, until we helped heal each others wounds. Then love appeared and also the mood to “do” and “be”.
My view is to have a good companion in the last stretch, I think growing old alone is incredibly sad. I refer to the loneliness of a relationship, because my children have been unconditional companions.
Carlos is my support…my axis. He makes me feel very loved and is who inspires me to begin new projects. It’s who I share and consult everything with. It’s him that celebrates when I manage to get one of my cactus plants to grow a flower – my new weakness! And the best thing is, he’s grateful that I’m the one that makes him look forward to coming home every evening.
Isn’t it marvellous? I think that’s what love it about. Mutual understanding. The drop of patience that we have tested every day so that the tiny details of the other person that we don’t like, don’t annoy us. What does it matter that he always leaves the cap of the toothpaste off? What does it matter that I always leave my handbag on the sofa? Nothing, if in exchange of “putting up” with these things, we also have someone to share our thoughts with each morning”

-Silvia (aged 53): “We met when I was 23, we fell in love, but life took us down different paths. Then, 22 years later, my home telephone rang and I was surprised to hear his voice, because it seemed like only yesterday we had parted. My emotions sprouted as if time hadn’t passed. In the end, it’s been 9 years since we’ve been blissfully happy together”

Thinking about the professional view and the experiences of these beautiful women, why limit yourself with age? Without doubt, women that have passed 40 also have the possibility of building their life or rebuilding. Just think of Carrie Bradshaw and her Vivienne Westwood.

How To Decide On The Type of Wedding Dress You Want: Expert Tips on Cuts, Colors and Shape

Wedding dresses
Jun 10, 2020
The time has come to start your wedding dress search, the moment you have always dreamed of. However, if you don't know where to start, here are 5 tips to make sure that you find the most perfect gown to suit your every desire.
133

Wedding dresses
May 7, 2020
Sincerity by Justin Alexander will impress you with classics and glorious details – let's find your favorite and get to know the new collection!
109

The wedding dress of your dreams just arrived with the Lillian West fall/winter collection 2020!

Wedding dresses
May 6, 2020
Lillian West will leave you in awe with her new collection for the fall/winter season 2020 – let's discover those unique dresses in our gallery!
127

Wedding dresses
May 5, 2020
We want to introduce to you the newest collection by Justin Alexander: Adore impresses with fashion-forward yet effortless styled and wedding dresses that will impress you for sure!
139

Wedding dresses
May 4, 2020
The Justin Alexander fall/winter collection 2020 is here! We have fallen in love with the unique blend of elegance, sophistication and and style of those wedding dresses – and so will you!
19

Wedding dresses
Mar 16, 2020
Take a look at Demetrios designs for this year. The unique and flawless dresses will make you want to see the entire collection. Fall in love with each and every dress just like we did!

Everything we've been waiting for, and more: The Lillian West Fall/Winter 2019 Collection

Wedding dresses
Oct 25, 2019
The Lillian West Fall/Winter 2019 collection is a true feast for the eyes, an affordable masterpiece that grants confidence, grace and femininity to every bride on their big day. Have you fallen in love with your dream dress yet?

Wedding dresses
Aug 8, 2019
Let us bring you the Rebecca Ingram Fall 2019 collection in a way that's most useful to a bride-to-be - by telling you what most suits your figure! The perfect fit will allow you to fall in love all over again.