According to an official memo released by the Royal Family and Kensington Palace, Meghan Markle is pregnant! It has been only five months since the former actress, and sixth-in-line to the throne Prince Harry married at Saint George’s Chapel at Windsor Palace – where they coincidentally returned to this weekend for the wedding of Harry’s cousin, Princess Eugenie. The new member of the Royal Family is said to arrive in Spring 2019. 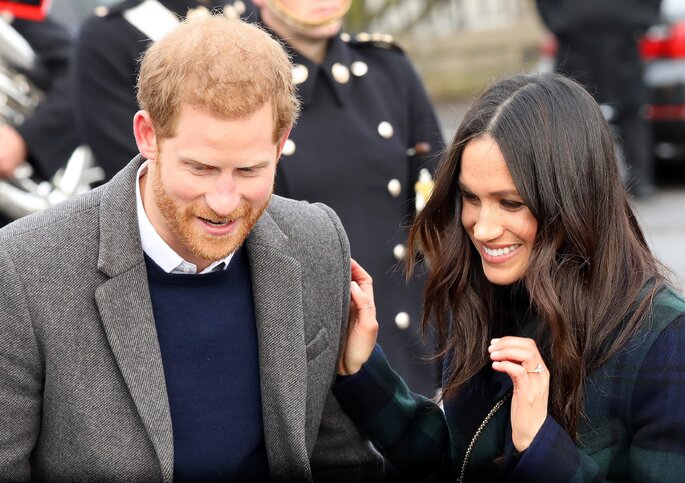 “Their Royal Highnesses very much appreciate all of the support they have received from people around the world since their wedding in May, and are delighted to be able to share their happy news,” the announcement from the Palace revealed. The revelation coincided with the pair’s first official trip together to Sydney, Australia.

Suspicions were aroused this weekend about the Duchess of Sussex’s possible pregnancy, when Meghan Markle wore a blue coat to the wedding of Princess Eugenie and Jack Brooksbank that appeared to have been designed to conceal a baby-bump. It is not known whether the official announcement was intended to be made so soon, or if the news was brought forward by this intense speculation.

The future child of the Duke and Duchess of Sussex will be seventh-in-line to the throne when they are born. Once the new royal arrives, the resultant order will be: Charles, Princes of Wales: William, and then his three children (George, Charlotte and Louis); Harry, and his child.

Public reaction to the announcement has been overwhelmingly positive, and Meghan Markle’s mother Doria released her own statement to the press, commenting that she is “very happy to hear this wonderful news”, and looks forward to meeting her first grandchild.

After a wedding that has already become one of the most important of the decade, we have all be anxiously awaiting the news that Harry and Meghan will become parents. As our not-so-secret favourite Royal, we at Zankyou say a huge congratulations to the happy couple, and hope the next few months go swimmingly for them.