This year has seen some of the most magical weddings. We’ve seen weddings in all shapes and sizes, and dresses that have completely blown us away. Last week we saw part 1 of our countdown, but this week we’re counting down arguably the best celebrity weddings of 2017, so those 2018 brides can really get some inspiration… 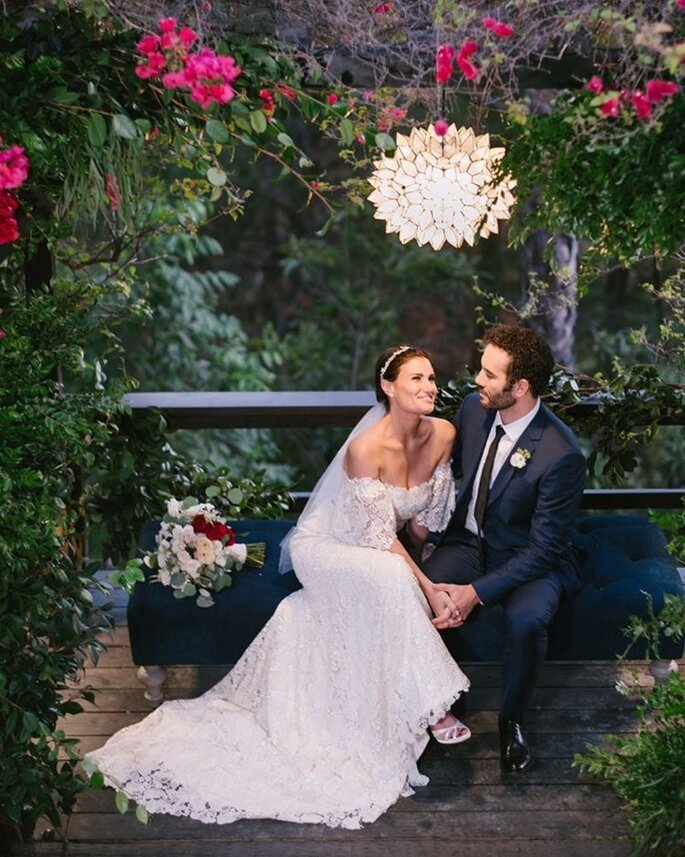 Idina, vocal star of Frozen and Wicked, and her 41-year-old partner announced their engagement in September 2016. The couple have been together for three years, however met back in 2005 when they both starred in the film adaptation of Rent. Revealing her wedding news on Instagram after the weekend celebration, Menzel wrote: ‘Wanted to let you know… Married the love of my life Aaron Lohr this weekend‘

Menzel and Lohr married in a private ceremony in the backyard of their shared LA home, in front of family and friends. Kept under wraps, the singer and actress announced their nuptials on twitter in the weeks following the celebration, thanking everyone who attended for making her day so special. Menzel lets us know that she was walked down the aisle by her father and her son, commenting that it was “magical” – we wish we could have been there too!

The beauty with the golden voice opted for a bridal gown designed by Carolina Herrera. Lace complete with off-the-shoulder sleeves, maroon ribbon detailing and a dramatic train. She paired the dress with a rhinestone headband, flowing veil and Jimmy Choo heels. Lohr, meanwhile, wore a suit from John Varvatos. 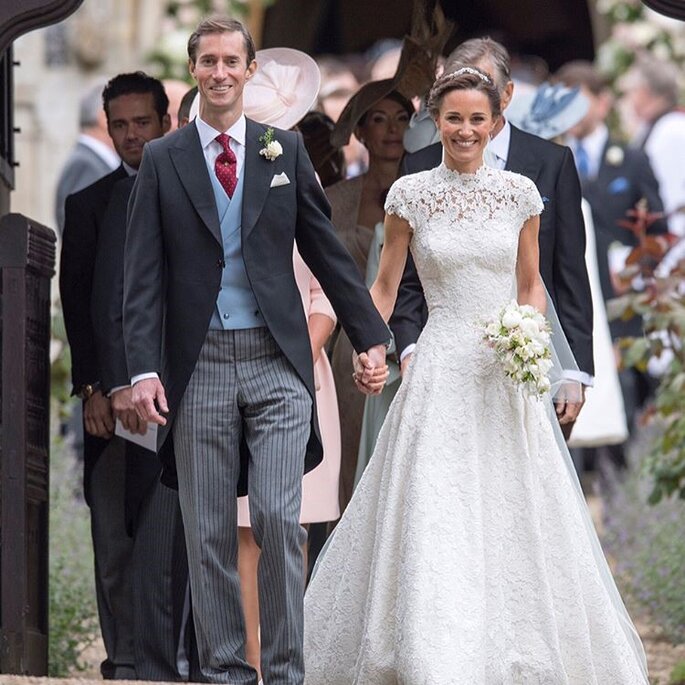 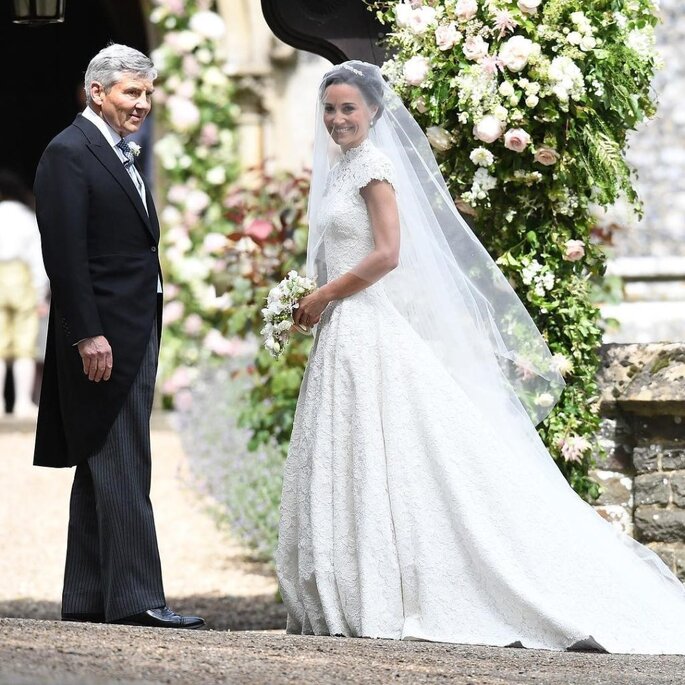 The couple, who have been friends for years, briefly dated in 2012, however reignited their romance in 2014. Matthews proposed with a rare stone – an Ascher-cut, octagon shaped diamond surrounded by smaller diamonds – while visiting the Lake District. The sister of the Duchess of Cambridge tied the knot with financer, James Matthews, in May, and in tow were an ensemble of adorable bridesmaids and pageboys that included Prince George and Princess Charlotte. And Kate wasn’t far behind to help her sister with the train!

The society wedding of the year, the event took place close to the Middleton family home in St. Mark’s Church in Englefield, Berkshire. And Pippa looked stunning in a Giles Deacon gown with high neck, cap sleeve and a heart-shaped cut out detail at the back. The lace provided a striking resemblance to her sister’s dress when she married Prince William. Royally gorgeous! 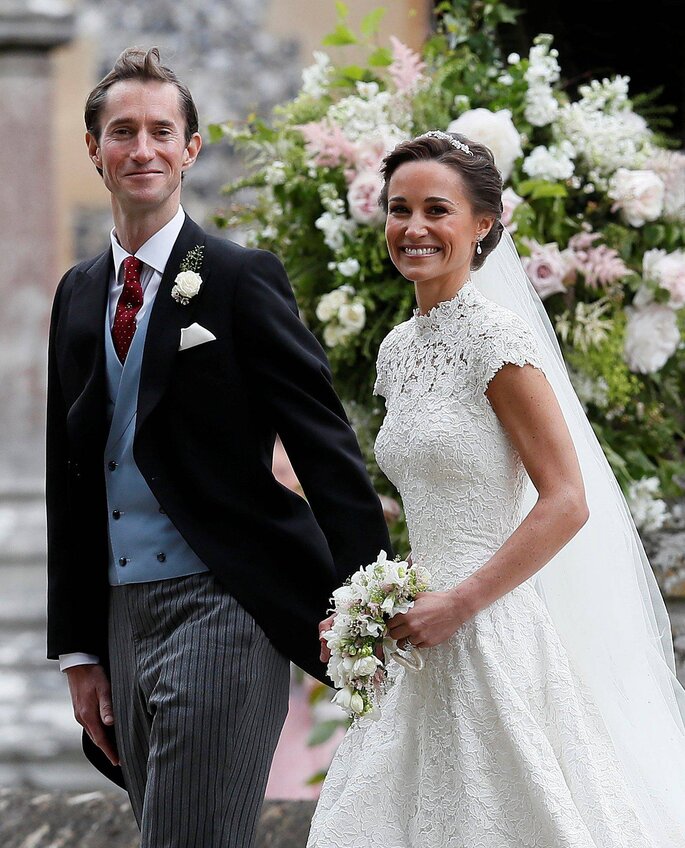 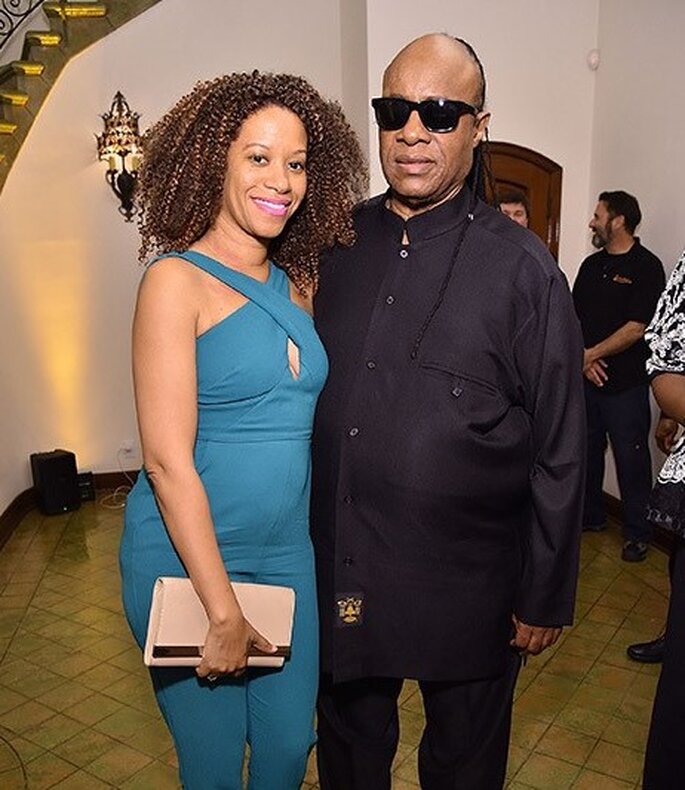 Musical legend Stevie Wonder married his girlfriend, Tomeeka, on 14th July this year. Already having two children together, the pair have been together for five years, and tied the knot in a lavish ceremony in Los Angeles.

In front of a crowd studded with stars, including singers John Legend, Usher and Pharrell Williams to name a few, the bride and groom declared their vows at the Hotel Bel-Air as hundreds of butterflies were released from a box. It sounds amazing! 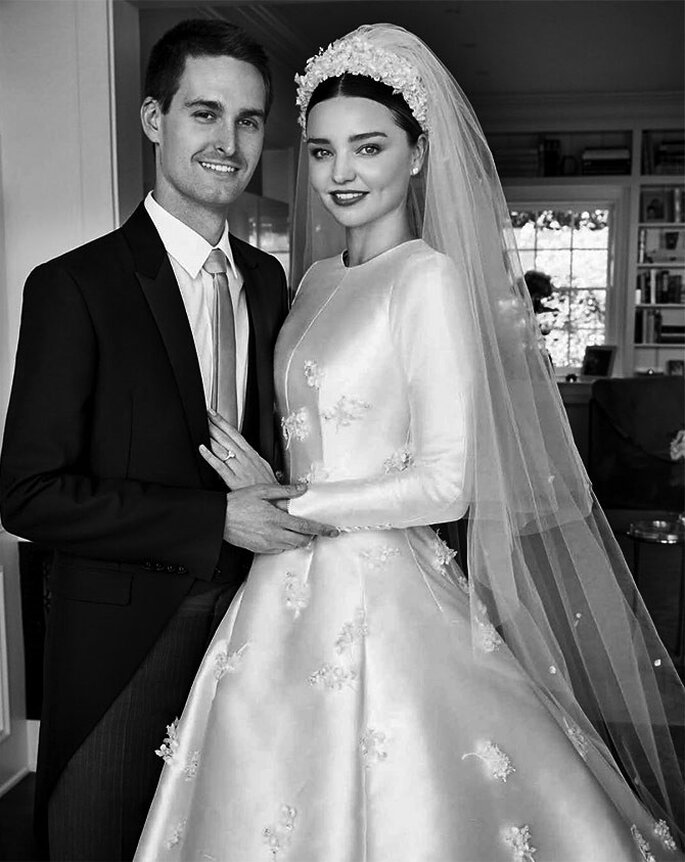 The former Victoria’s Secret Angel and Snapchat co-founder married in May this year after getting engaged in July 2016. Spiegal proposed with a 2.5 carat diamond ring, which Kerr shared on her social media. Classy and understated, the circular diamond is set in platinum, with diamond baguettes either side.

Marrying under a canopy in the garden of their LA home, the couple enjoyed a small ceremony surrounded by their closest friends and family. Kerr confessed to crying throughout her vows, despite beginning the day with a yoga sessions with her husband-to-be in order to calm any pre-nuptial nerves! Although there were no bridesmaids for Kerr, her six-year-old son, Flynn, performed his duties as the ring bearer and later joined the couple in their first dance as husband and wife. Flynn, like Spiegel himself, was dressed in a Dior three-piece suit.

Kerr wed her husband in a custom-made Haute Couture Christian Dior white gown. Kerr took inspiration from the iconic gown worn by Grace Kelly at her 1956 wedding to Prince Rainier of Monaco. Satin skirt appliquéd with lilies of the valley with high neck and long sleeves, Kerr looked like a fairy-tale vision, and this whole process sounds like every girl’s fantasy! 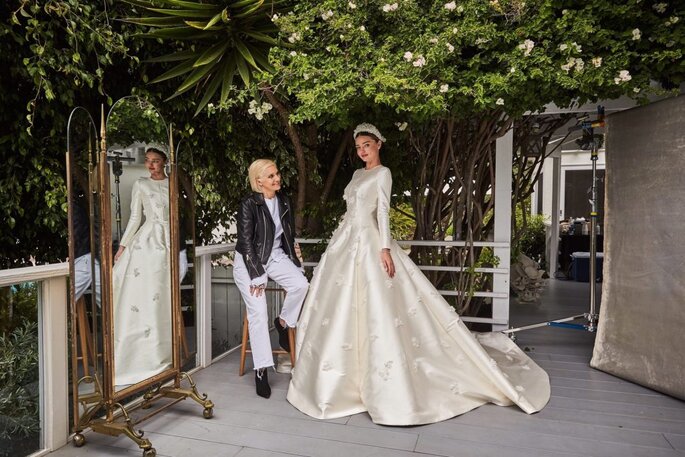 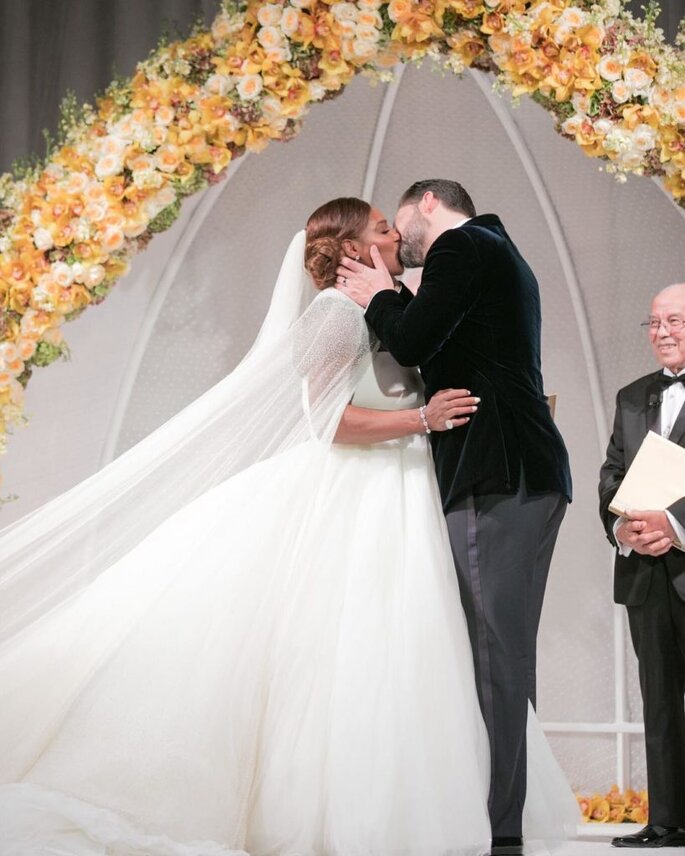 Just last weekend Serena Williams, the best tennis player of all time, added something more to her lifetime achievements. Her  spectacular wedding to Alexis Ohanian, co-founder of the social network Reddit, has become one of the events of the year. After welcoming their first child, Serena and Alexis confirmed their relationship at The Contemporary Arts Centre in New Orleans.

She wore three different looks: the first was a Sarah Burton dress for Alexander McQueen, while the second was a feathery, Versace number which became a short, cocktail dress for her fairground-themed evening. And her sister, fellow tennis superstar Venus Williams, looked amazing in a custom dress by Galia Lahav.

Looking back at all of these weddings has got us thinking about who is going to tie the knot next! Judging by the engagements so-far this year, we are hoping to see a couple of Game of Thrones weddings on the horizon as Sophie Turner and Kit Harington marry their respective partners Joe Jonas and Rose Leslie. Although, we hope they turn out better than the ones featured on the show…

Perhaps we will also see Brie Larson say ‘I do’ in 2018 to her fiancé Alex Greenwald, as well as love island stars Jess Shears and Dom Lever. Hopefully we will finally get confirmation over the long-speculated rumours that Rosie Huntington-Whitely has married her fiancé Jason Statham. Whoever it is, we can’t wait to see what they wear, where they celebrate, and what happy futures are in store for all of them!