The 12th edition of the IF Wedding Fashion Show, a fair exhibiting wedding dresses, suits and evening dresses from all over the world, took place in Izmir, Turkey last week. The show brought together nearly 8,000 buyers from 81 countries as part of Fuar Izmir, the most important fair in Turkey. 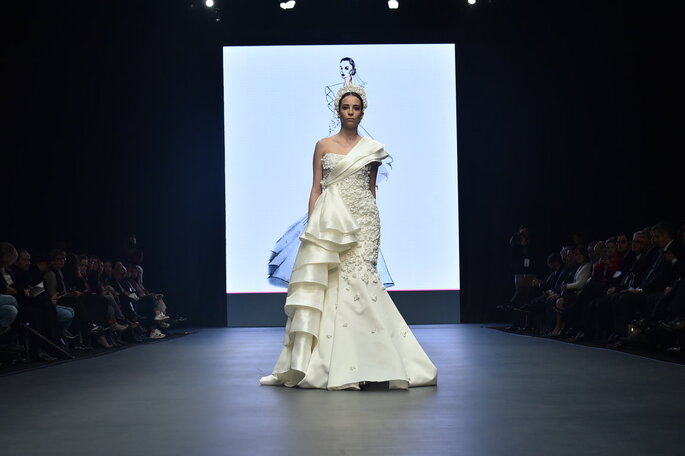 A Melting Pot of Suppliers and Consumers From Around the World

The fair was visited by hundreds of national and international suppliers, dedicated to all aspecting of the organisation of a wedding. These suppliers flew from countries such as China, France, Hong Kong, India, Israel, Iran, Spain, Kuwait, Lebanon, Russia and the United States, as well as numerous Turkish provinces. All of them have met the needs of the 8,000 buyers from 81 countries. In addition, renowned models from around the world participated in the catwalks. 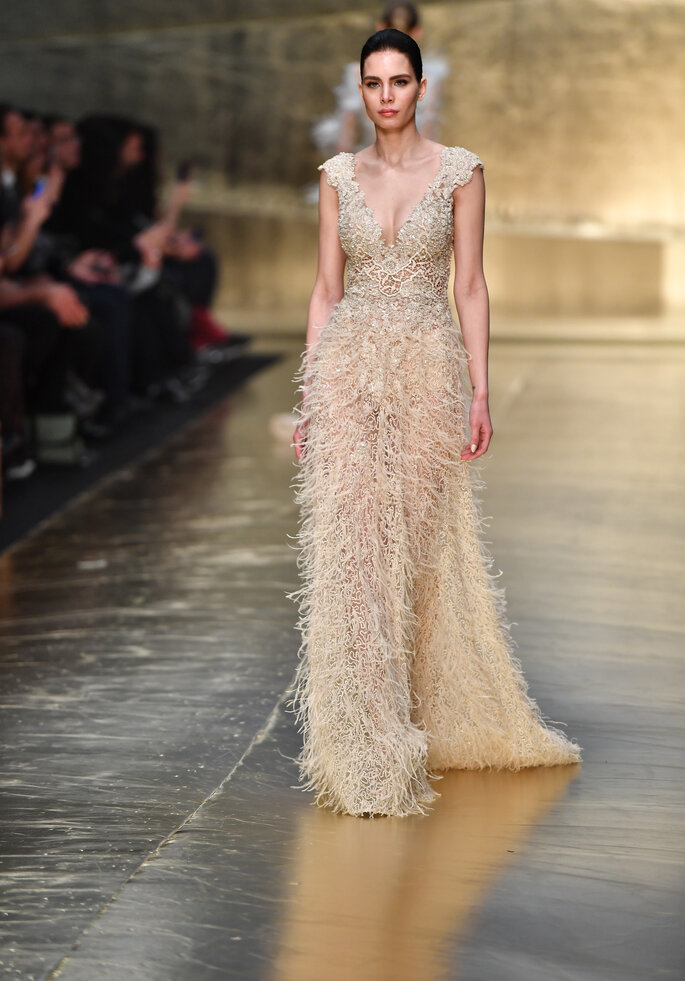 The event, held from January 16th to 19th, gathered more than 30,000 visitors from around the world. The pinnacle of the four days was the main catwalk, organized by last year’s winner, Amor Gariboviç. On the second day, Gariboviç’s demonstrated why she won with a 38-piece collection of wedding dresses and suits called Perla, whilst some of the most prominent models in the country, Cağla Şikel, Özge Ulusoy and Irmak Atuk, had their moment on the catwalk. 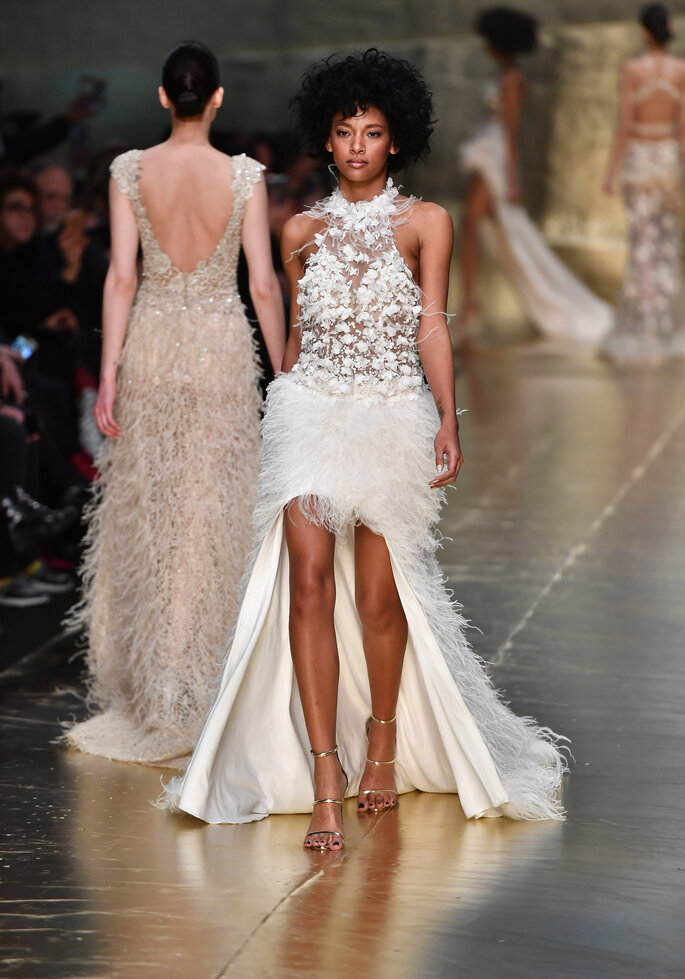 Maryna Linchuk, one of Victoria’s Secret Angels, was one of the great attractions to the event. She paraded the catwalk as part of the “AlfaBetaSS 18 Couture” show from AlfaBeta. Directed by Öner Evez, the show featured 40 exclusive evening dresses for the occasion. With models such as Ayşe Hatun Önal, Merve Büyüksaraç, Tuba Melis Türk and Ece Begüm Yücetan showcasing some of the most inspiring garments. 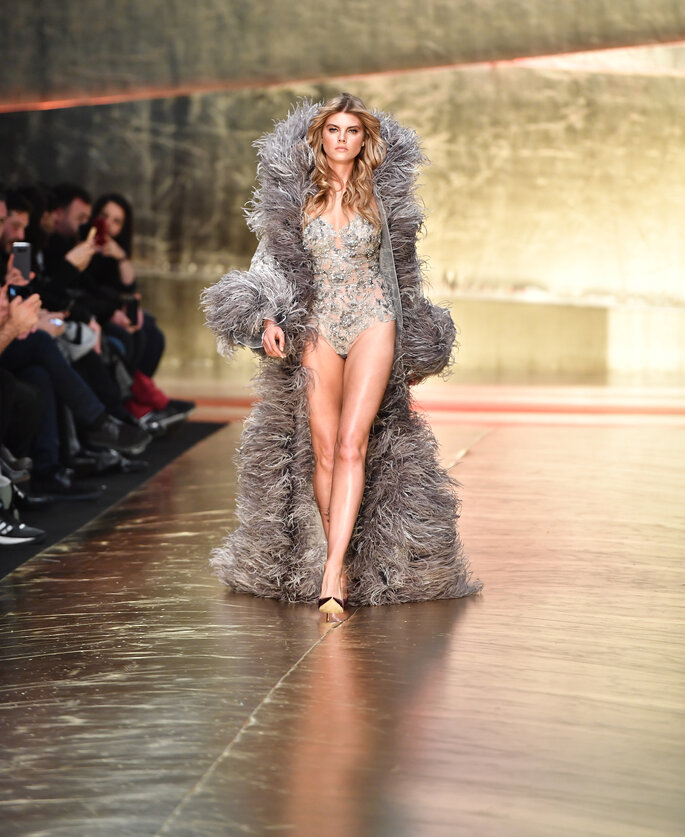 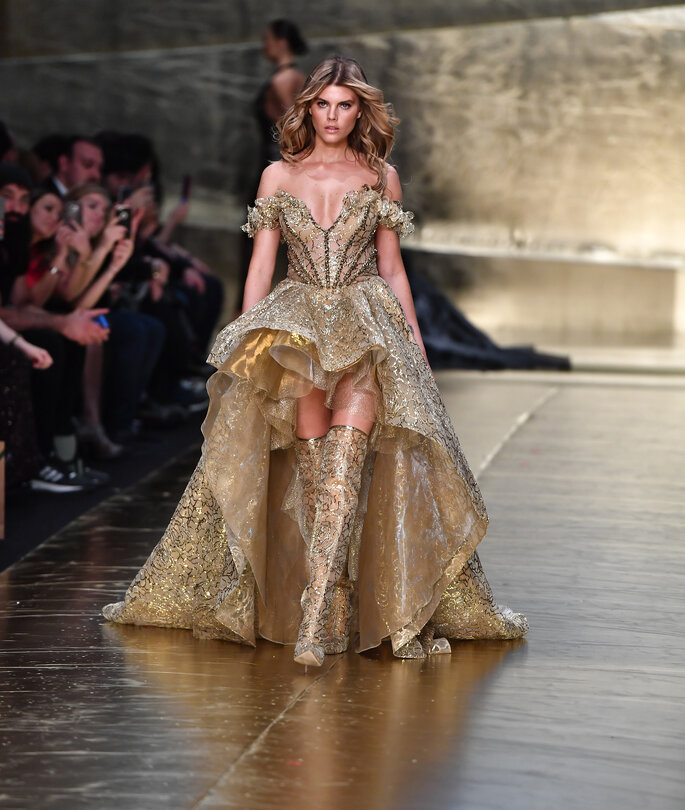 This was one of the best aspects of the event, having been launched for the first time this year. In the International Area, world-wide participants were able to attend talks designed to encourage the making of international connections with other members of the sector, as well as to establish collaborations with suppliers from other countries.

The 9th Bridal Dress Design Contest, composed of senior executives and experts in the field, gave new, talented designers the chance for their work to be recognised. 363 inspiring designs were entered into the contest under this year’s “Party” theme, and Kansu Sarıkan, from Mimar Sinan University, won the first prize. 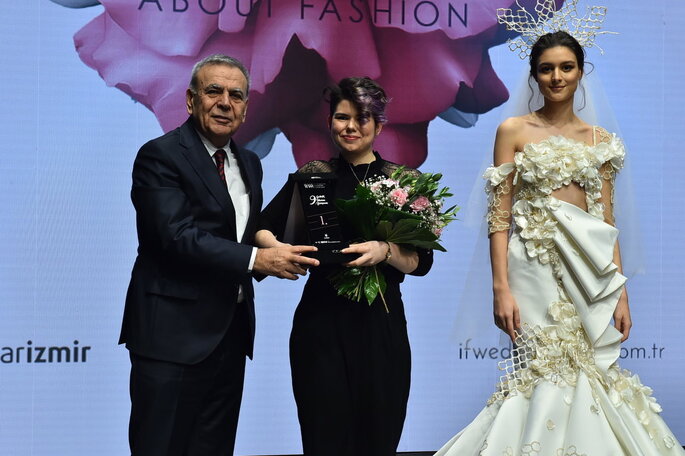 The fair is organized by Izmir Fair Services, Cultural and Art Affairs (İZFAŞ), İzmir Metropolitan Municipality and has partners such as the Aegean Clothing Manufacturers Association, adding more prestige to an event that triumphs each year.

On the occasion of this great feat, the President of the Executive Board of the Chamber of Commerce of Izmir, Ekrem Demirtas, praised the mayor of the city, Aziz Kocaoğlu, who always supported the fashion industry in his city and who has contributed to the growth of the fair: “He grew the IF Wedding fair area from 4,ooo square meters to 25,000 square meters. The fair of wedding dresses, suits and evening dresses has become one of the most important events in the world. We continue to improve our satisfaction as more and more foreign buyers come to visit us.“ 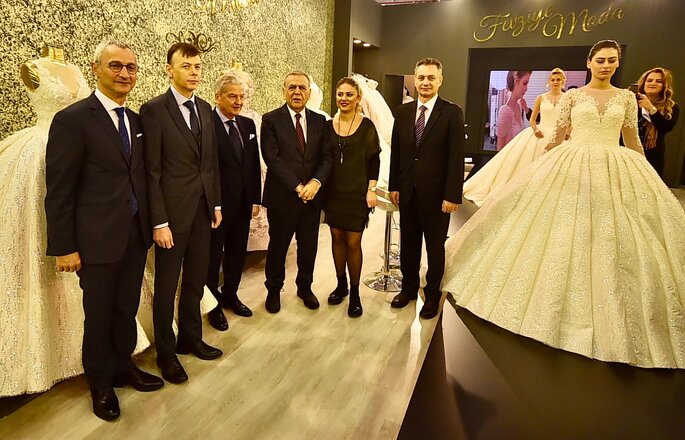 Mayor Aziz Kocaoğlu himself praised the IF Wedding Fashion, which started as a small event and has climbed to the top of the sector. “12 or 13 years ago, when we started the wedding dress fair with the Aegean Clothing Manufacturers Association, there was not even a total of 5 bridal gowns on the first floor.” He added: “Now Izmir is full of wedding dress shops with showcases full of these dresses, evening pieces, suits, workshops and vendors.“

The General Director of Exports of the Ministry of Economy, Özgür Volkan Ağar, also praised the fair and its privileged position within the field of weddings: “Our bridal dress producers continue to evolve. In 2017, exports of wedding dresses in the region reached 670 million dollars, along with evening dresses and suits, this figure is expected to reach one billion dollars. “ 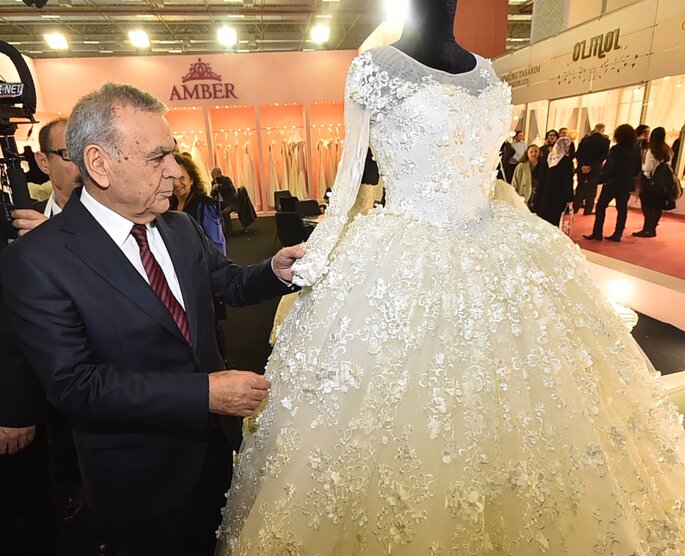 This is great news for Turkey, Europe and the entire bridal sector, destined to continue growing and expanding its amazing charm. Thanks to these fairs, the results will get better every year!

10 Things You Didn't Know About The Wedding Industry

B2B
Jun 5, 2019
Discover these 10 insights into the world of weddings as found in the Zankyou International Wedding Observations (ZIWO) study. From the most hired professionals to popular honeymoon destinations, discover the habits and preferences of millennial couples in this article!

Fresh Insights Into The World of Luxury Wedding Buyers

B2B
May 21, 2019
Discover the world of couples with the biggest budgets for their wedding celebrations and get some tips on how to participate in the luxury wedding market.

B2B
May 14, 2019
We have launched a new service for couples in France, Germany and Switzerland to provide a new solution to booking honeymoons on the platform and fulfil the growing needs of the millennial honeymooner.

The New Era of Digital Weddings: Exploring The Trends at our Zankyou Wedding Club in Cuenca

B2B
Apr 22, 2019
You've probably heard the term "digital weddings" used in the industry, but do you know what it actually entails? Here we share some ideas that were explored in Zankyou's digital-themed wedding breakfast club, recently hosted in the Parador Cuenca, Spain. Professionals travelled from Madrid, Valencia, Toledo and Albacete for the exclusive event.

B2B
Feb 19, 2019
As the 7th edition of the Exotic Wedding Planning Conference approaches, we take a look at the exciting features to be expected at this year's event in Bangalore.

B2B
Jan 8, 2019
Expert advice on how wedding and honeymoon providers can improve their interaction with brides on Facebook.