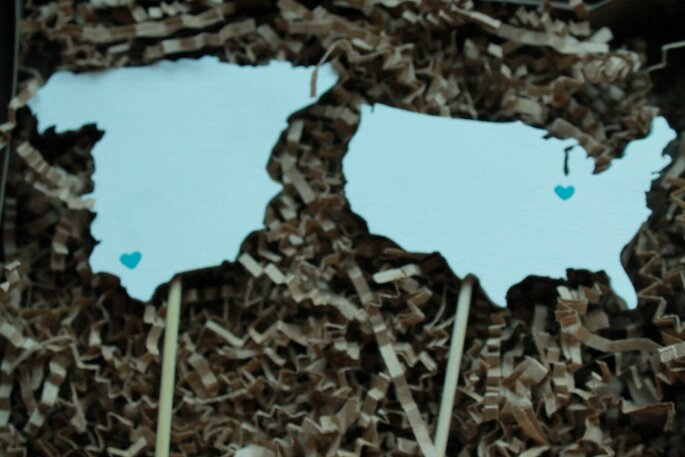 E and I are not a normal couple – I’ll throw that out right away. From the moment we met in a bar on a damp November night in 2007, it has been clear that opposites (or maybe not really grasping the other’s language) attract.

How could it be that an American girl with a penchant for all-beef hot dogs and American football possibly fall for a fútbol-loving, pork rearing Spaniard?

Maybe it was the intoxication of the orange blossoms or the fact that he no longer lived with his mother, but from our first plate of Spanish ham on our first date, I was interested.

My parents were overjoyed that we’d decided, together, to get married after seven years and a shared mortgage. Never mind that there was no proposal or ring – two big events in a 20-something American’s life that have yet to become common place in Spain – they still planned a huge family party to celebrate our engagement.

But E didn’t make it until well past 9pm, stuck in the airport when his ESTA visa couldn’t be located before the doors of the plane closed. I was devastated, and the tears cried that day would be the first of many as I plan I bilingual, bicultural wedding from abroad.

Like I said, we’re not a normal couple, and we don’t want a normal wedding. 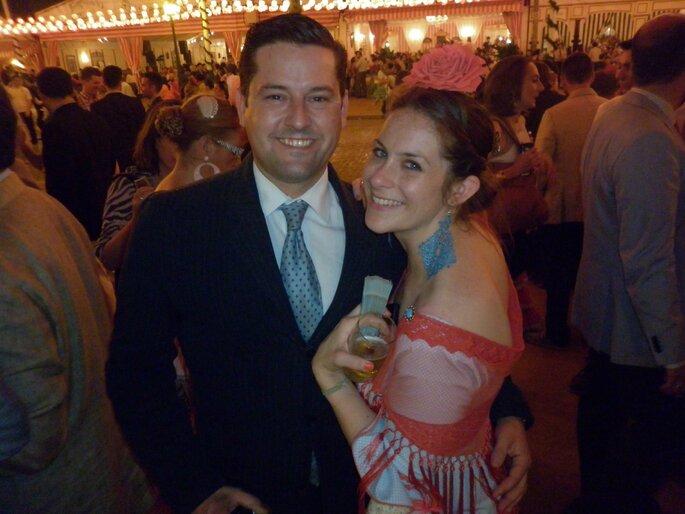 Bridal parties are not common in Spain – in fact, the only reason anyone knows that they exist is due to American films. Instead, the couple has a set of ‘godparents’ who are usually the father of the bride and the groom’s mother.

My younger sister and I had promised to be one another’s maids of honor when we were still in grade school, and there was no way I was going back on that. I love and respect my future MIL, but when I told her that I had chosen my sister and two closest friends as bridesmaids, she was hurt and confused.

My argument was that the wedding was in the US and thus adhered to mostly American norms, but that both E and I would be honored to have her accompany him to the alter and be our witness when we receive our official documents at the Spanish Consulate of Chicago a few days later. It’s now agua pasada, or water under the bridge.

I swear I’ve never been one to dream about my wedding (too superstitious and worried I’d end up a dog lady), but I’d been mentally cataloguing what to include on our wedding gift registry since we moved in together.  When we first announced our engagement, the congratulations generally promoted the ‘Where are you registering?’ question.

Spanish couples typically give out their bank account information with invitations, but when my mom surveyed family members, they were appalled that I’d ask for money. It was clear that we couldn’t afford to carry or ship china and other gifts to Spain, so I searched for an alternative.

Zankyou was exactly what I needed – flexible, personalized and in multiple languages to suit our range of guests. I scoured online catalogues for items I could purchase in Spain or choose to exchange for a direct deposit into our shared bank account. This was a task we did together, and adding ridiculous or lavish things to our list – including an awning for our terrace and a Segway just because – gave us some respite from the stress of all the madness. 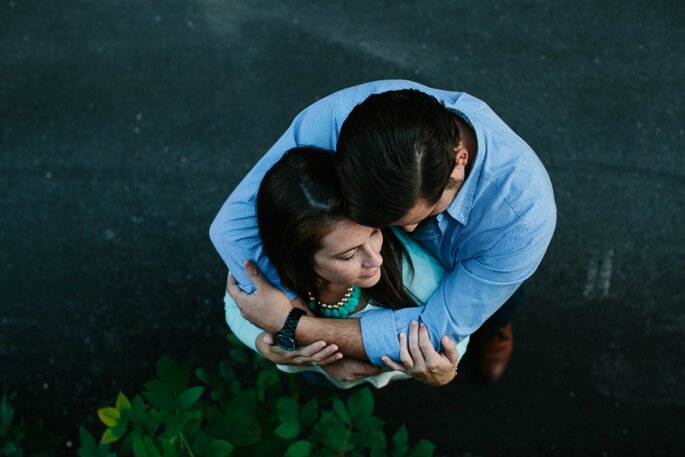 Though we both speak one another’s language, E and I want our wedding ceremony to be inclusive of both Spanish and English. After all, we speak almost exclusively in Spanish with several English expressions sprinkled in – making us difficult to understand in a group. Deciding on readings and music has been one of the simplest wedding tasks, and my parish has been beyond understanding (even with our weird requests).

But the language issue goes further than the church. Because his family is important to me, we’re designing our website in two languages, planning their transportation and housing, printing programs in both English and Spanish. There’s a bit more work involved for us, but where we would be if not for our families?

I’m often asked about the differences between Spanish and American nuptials. On the surface, they’re basically the same: ceremony, cocktails, dinner, dancing, someone’s drunk relative hitting on you. The nuances have begun to show up as I work out the details – and they are endless!

For starters, there’s the time of day. My church had two slots: noon or 2:30pm. I couldn’t imagine waking up at 5am, so I chose the later, which corresponds with the Spanish midday meal. This caused outrage with my political family, so we’re sending sandwiches to their rental house. And when I told them the bar did a hard close at 11pm? Questions as to whether there would be an after party. What’s more, Spanish women’s dress length depends on the time of day when the wedding begins, and as there was no clear answer to whether or not it was a day wedding, our female invites were up in arms about what length to wear.

Food is also a concern. Chicken is a poor man’s dish in Spain, but one that Americans gobble up. Spanish weddings include course after course until the wee hours of the morning, but with a big family, we can’t afford to feed everyone a seafood course followed by filet mignon. I will somehow have to remind the Spaniards that they choose their meal and not the other way around. And I stuck to American comfort food for the meal – it’s my wedding, and I want mashed potatoes!

The other details are more privy to what I like and can afford, but my goals are clear: I want people to be fed and have fun, regardless of what language they speak.

We’re five months out and still in the planning process, and I feel a bit removed from the whole thing because of my physical location. But somehow, even with the stresses, the whole thing is bringing me and E closer together, even if he is adamant that our first dance be to AC/DC.

Cat Gaa is a teacher, blogger at Sunshine and Siestas, compulsive tapas eater and American who calls Seville, Spain her hogar dulce hogar. She and her Spanish fiancé are tying the knot in Chicago this summer.