Liam Hemsworth and Miley Cyrus seem to have secretly got engaged the night before Christmas Eve! First there were rumours, then some photos of the wedding on social media and finally the confirmation: Miley published some wedding photos on Instagram. 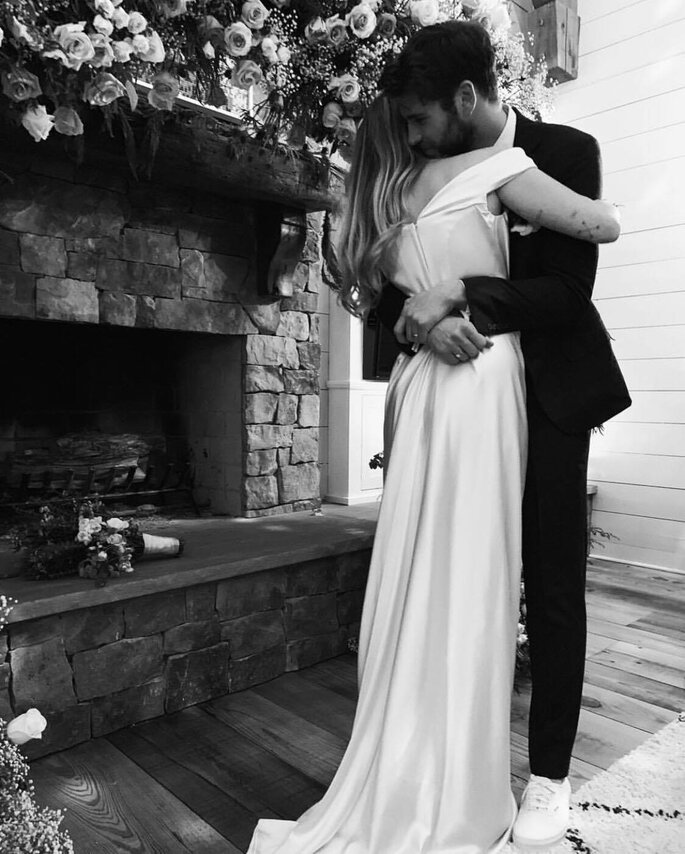 “10 years later”, she captioned the black-and-white shots – probably an allusion to the time when the two got to know each other in the summer of 2009 on the set of the movie ‘The Last Song’.

In the photos Miley wears an off-shoulder bridal gown by Vivienne Westwoodand Liam a smart suit with a tie and white trainers – in the background: elaborate floral arrangements on a fireplace. Another Instagram upload shows the enamored couple arm in arm, kissing and with their eyes closed.

Miley and Liam have been a couple for years. They met in 2009. 2012 followed the engagement. One year later, however, the separation. Since January 2016 they have been reunited. Now, just before Christmas, the long-awaited wedding has happened!