Last Wednesday Jennifer Lawrence and Javier Bardem walked the carpet for the premiere of their latest film, Mother!. It is a physiological drama in which the protagonists are faced with challenges due to an unexpected visitor, but it appears that it was not only the film that was being premiered.

Director of the film, Darren Aronofsky, who has also directed dramas such as Black Swan and Requiem For A Dream, walked arm-in-arm with J-Law for the first time at a public event. So, it looks like things are definitely getting more serious between them! 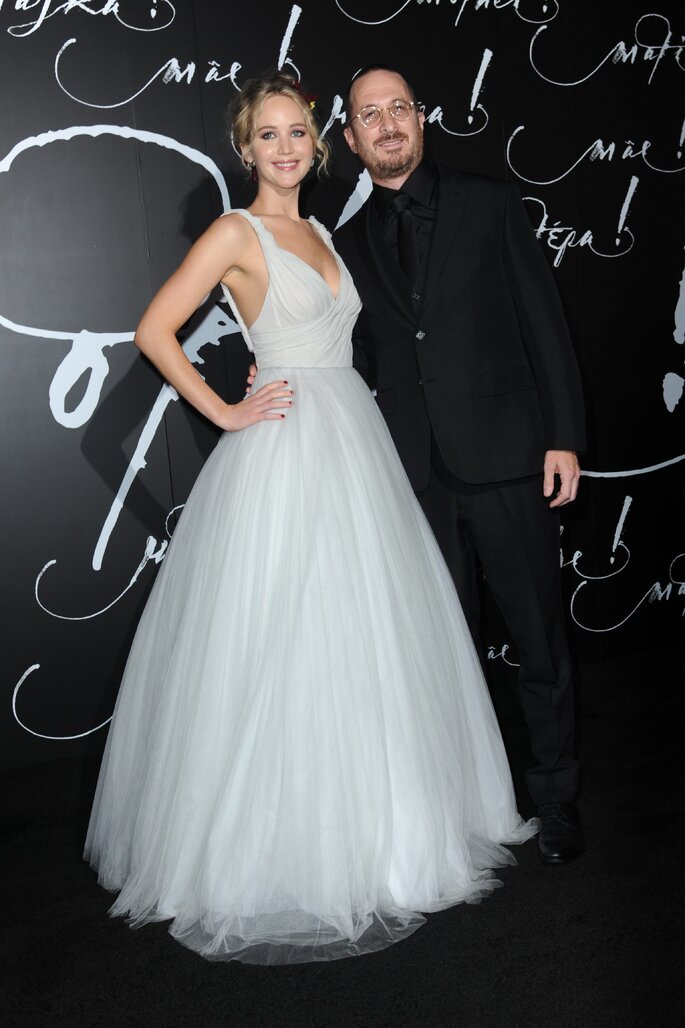 We all knew they were dating, but neither Lawrence or Aronofsky had officially confirmed it, until now.

The pair have shared heart-warming words about each other in the press, with Aronofsky struggling to explain her talent. “I have no idea, but she’s, like, a once-in-a-generation talent, and just a whirlwind and a hurricane and an earthquake and a thunderstorm of talent.’ And J-Law told Vogue that she “had energy for him” while working on the film, although not knowing exactly how he felt about her. But their relationship just got a whole lot more official when they walked down the carpet; Aronofsky wearing an all-black suit and Lawrence in an entirely ethereal, bride-esque Dior Haute Couture dress. 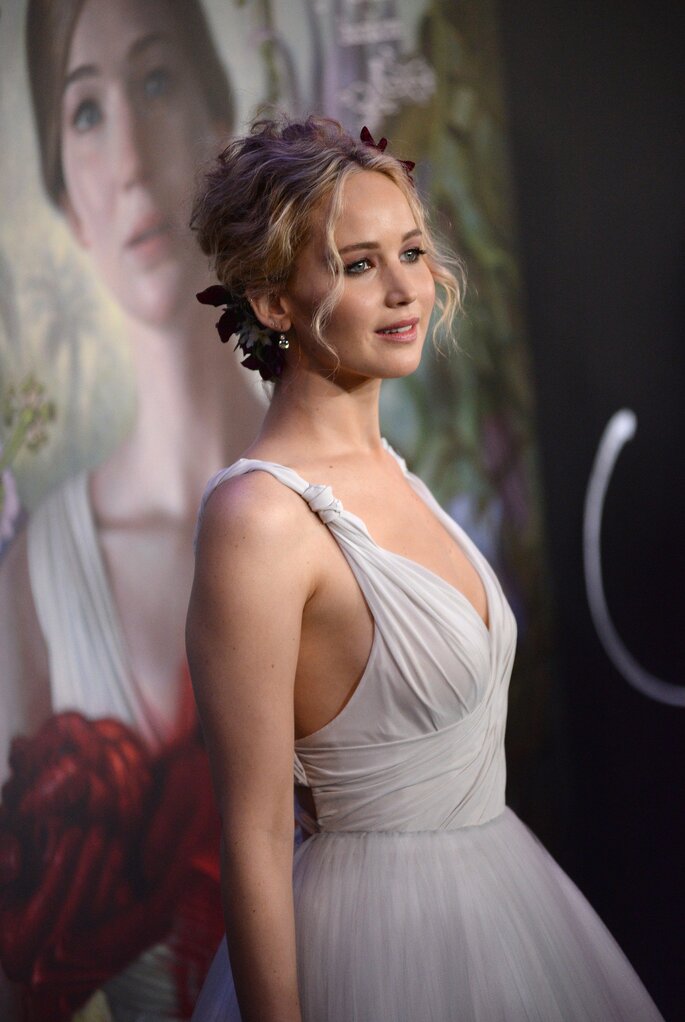 The deep V neckline balanced out her fairy-tale style skirt, which is a great idea for brides who want to keep their look simple but elegant; without too much detail (besides some understated ruching) brides will never fail to achieve the effortless bridal look, and Lawrence has drawn on that perfectly here. She went for a bold eyeshadow look, and, for a splash of colour, a bouquet-like arrangement in her hair, which makes us wonder whether we can expect any more bold statements from the pair anytime soon… 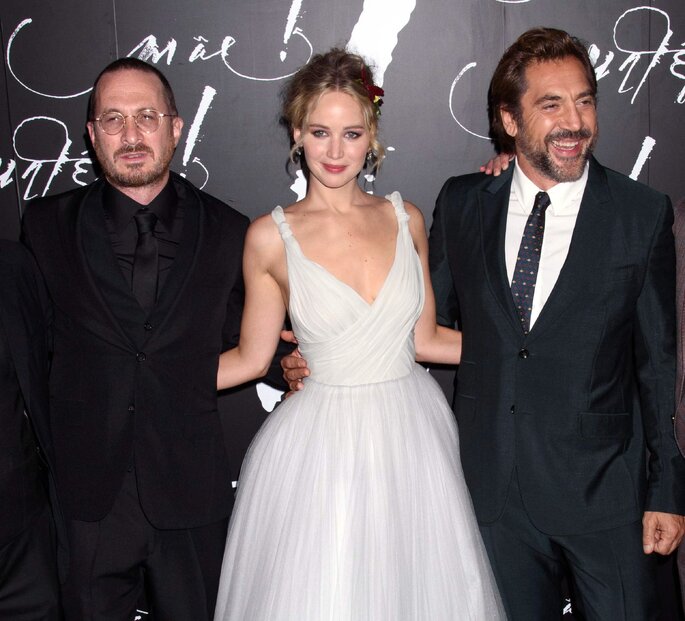 P.S. We certainly hope so – If she looks this elegant at her film premiere, imagine how she’ll look in a wedding dress!