Since last Saturday, royal wedding protocol has been changed forever, and it could only have been done by Prince Harry and Meghan Markle, actress and declared feminist.

The British monarchy has always been known for its sobriety and tradition, seemingly unshakeable over time. However, this modernisation has not only come about with the Duke and Duchess of Sussex’s wedding, Prince William and Kate Middleton have also been part of it, both in terms of their public and personal life. 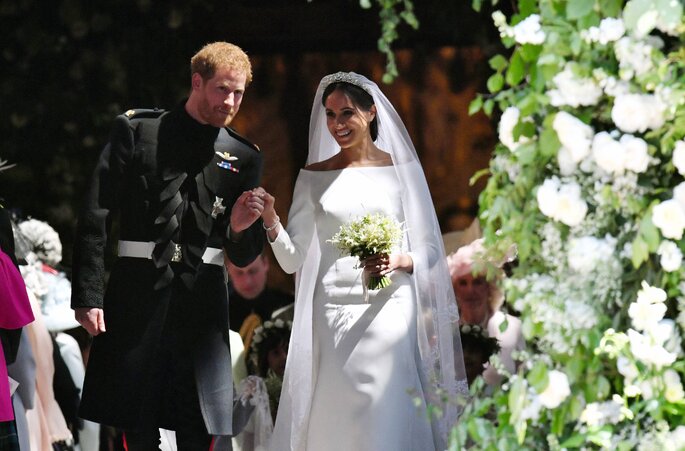 1. Meghan walked down the aisle alone

The tradition of the father accompanying his daughter down the aisle is a very well-followed tradition. Reason being because, years ago, daughters belonged to their parents and weddings served as a passover of ownership from one man to another.

Meghan saw no issue with walking half way to the altar alone. With her father needing to work on his health, he couldn’t walk her down the aisle. Instead she walked in front of ten bridesmaids and page boys; Meghan personally asked Harry’s father, the Prince of Wales, to walk her half way. A gesture that it is said he was pleasantly surprised by. 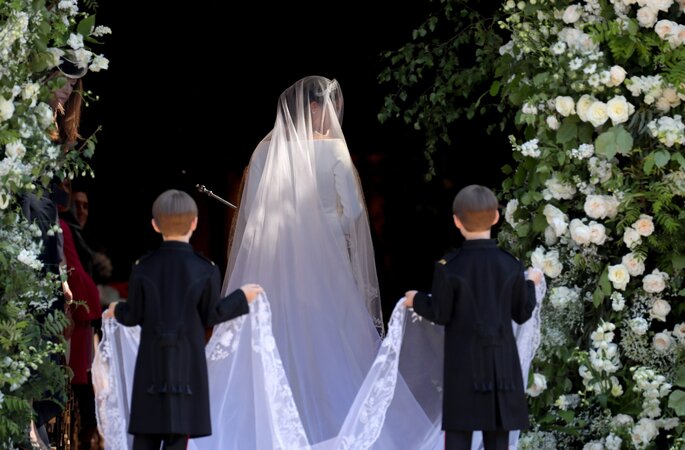 Due to the restrictive tradition of some previous monarchies, normal situations in real life were unthinkable in the universe of royalty. Until now, of course. Before, royalty was not expected to marry away from the nobility; Meghan Markle goes much further. The mother of the Duchess of Sussex, Doria Ragland, African American and social worker, far removed from the high society that has always surrounded Harry, was one of the most relevant figures during the evening. 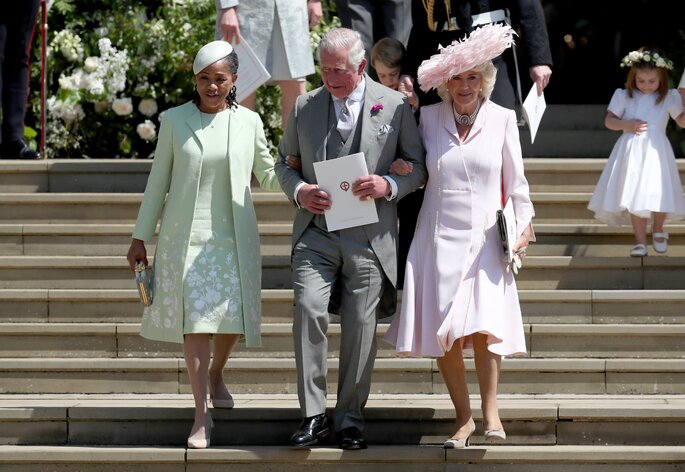 The ceremony was led by three different pastors. To deliver the traditional ceremony, the manager was the dean of Windsor, David Conner, and the archbishop of Canterbury, Justin Welby, would be the officiant of the wedding vows. But the surprise came from the third pastor, Michael Curry, of Chicago and the first African-American bishop at the top of the Episcopal Church.

Bishop Curry was not only responsible for highlighting the importance of marriage between members of two different cultures, but he became a prominent participant in stressing the importance of love, the figure of Martin Luther King and gesturing intensely during his sermon, something African-American pastors are used to. All this was received with joy by the guests, along with the song ‘Stand By Me’ sang by the choir. A milestone for a British royal wedding, without doubt. 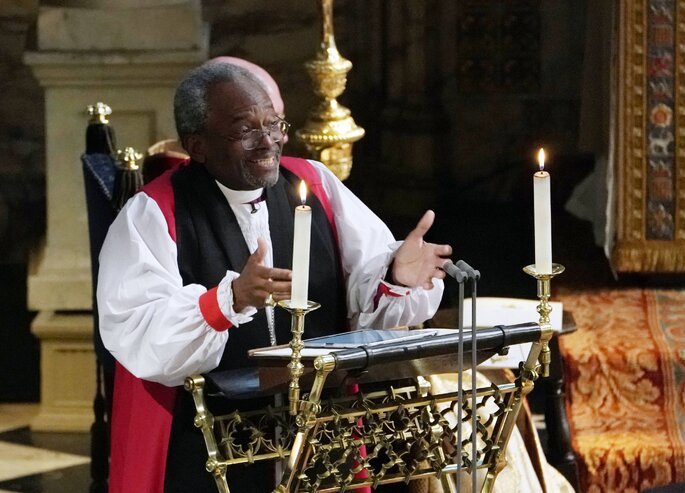 Before this Saturday, the royal wedding had hardly changed its content. While in the past the woman swore to “obey” her husband during the exchange of vows, on this occasion, the Dukes of Sussex chose to swear to “love, console, honour and protect” each other. Meghan Markle has always stood out for her activism towards gender equality and, of course, her influence had to be noted at such an important time on a personal and social level. 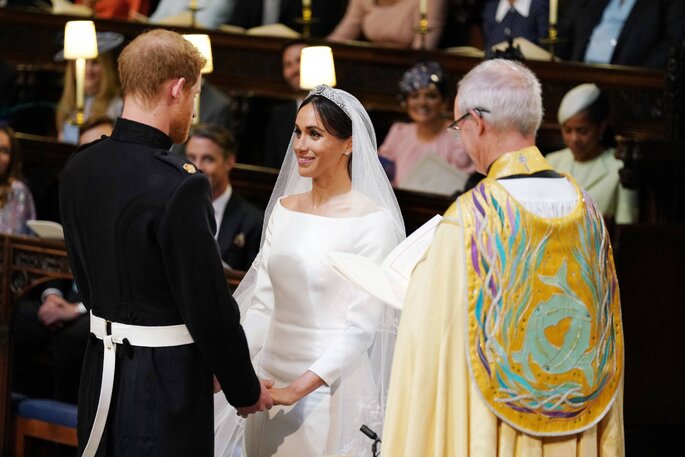 5. Guests of all types

Although at royal weddings there has always been a guest from the world of entertainment or sport (David Beckham is a regular), this time there has been a much greater range of people not frequent in royal circles. Among them, many actors and actresses close to Meghan Markle’s ‘Hollywood’ circle, but also from the world of music or sport. Stand outs were, apart from the aforementioned Beckham and his wife Victoria, Oprah Winfrey, the tennis player Serena Williams, Elton John and his husband, David Furnish, George and Amal Clooney, James Corden, James Blunt and Idris Elba. 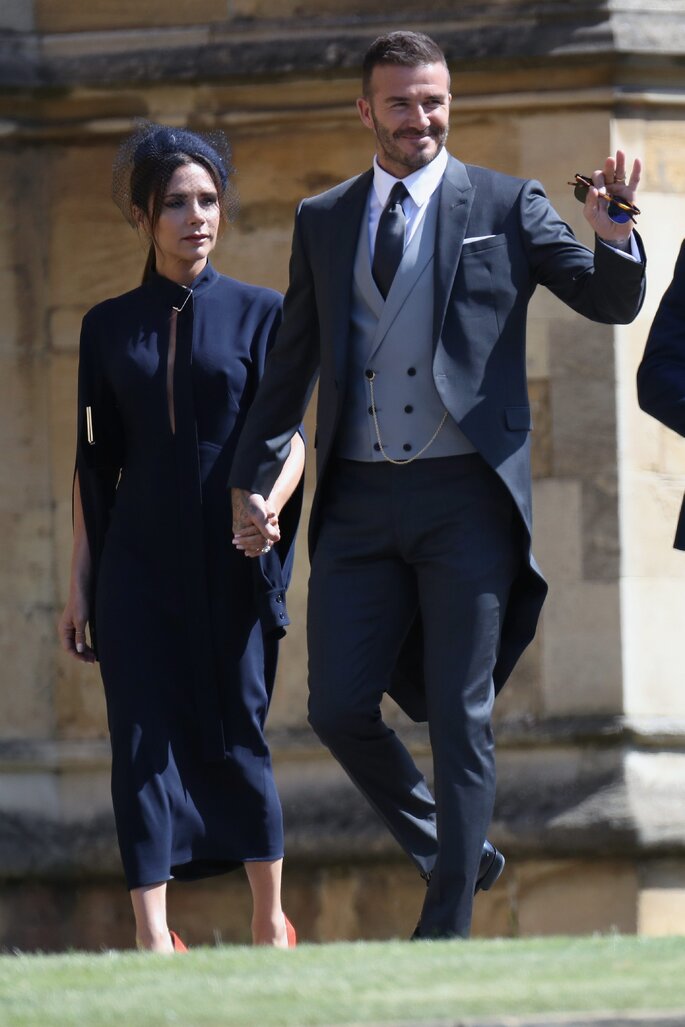 Although minor, these little details are important. William and Harry, along with Kate Middleton and Meghan Markle, are trying to change some outdated traditions of the Royal family. We are embarking on a future of change, not just in royalty but for society. We’re excited, how about you?

5 Things We Weren’t Expecting From The Royal Wedding