When we think of Africa and its infinite virtues, Kenya is, undoubtedly, the pace that comes to mind. Perhaps we don’t know it well, perhaps we’ve never been there, but its qualities certainly stand out as rather magical. It is Kenya that harbours all that enriches Africa: warm colors, natural light, and the exotic lands that constitute a complete contrast to the Western world.

For truly dreamlike honeymoons, those that involve unforgettable travels, Kenya is one of the options that you should definitely consider. Here is where the joy of the African continent lies. 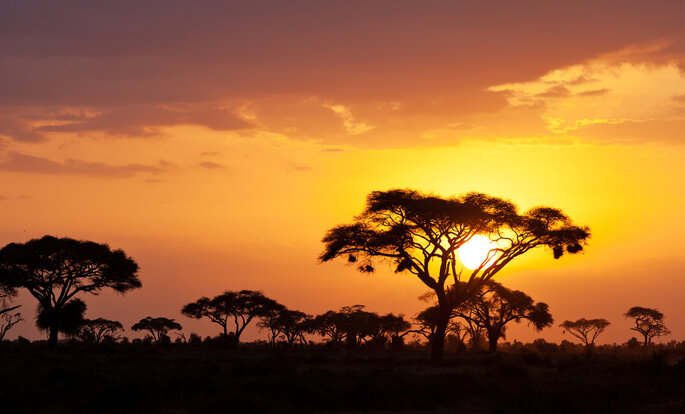 Travelling to Kenya isn’t the same as visiting somewhere like Berlin, and with this we aren’t only referring to what you will find there, but also what you will need in order to get there and adapt to a completely new environment.

Firstly, Kenya is a country with a tropical climate, and the Ecuator divides it into two. The climate is generally quite stable, although there is more rain from May to October and less from January to April. However, within the country itself there are varying extremes of temperature: in the Savanna Desert, the heat is stronger, while an adventure to the mountains can take you up 2000 metres, where there are sub-zero temperatures. Bear this in mind when you pack your suitcase!

To get to Kenya, you’ll need a passport with at list 6 months left on the expiry date, and you’ll also need a visa which you can by online for roughly 50 dollars. The official languages of Kenya are English and Swahili. 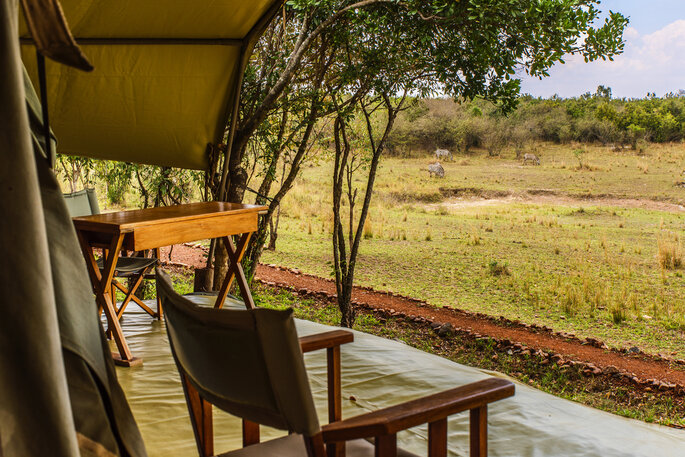 It’s important to know that, despite the poverty that is prominent in Africa, Kenya is in fact one of the most developed countries in the continent. At the same time, it is also one of the most authentic, with millions of Masai tribes that inhabit its lands.

Despite the development of the country, there are precautions that you need to take. Before travelling, you should get a yellow fever vaccine and anti-malaria tablets like Malerone. Furthermore, in order to repel mosquitos, find a spray with less than 50% DEET. Don’t forget travel insurance, tailored to the type of activities you will be undertaking. 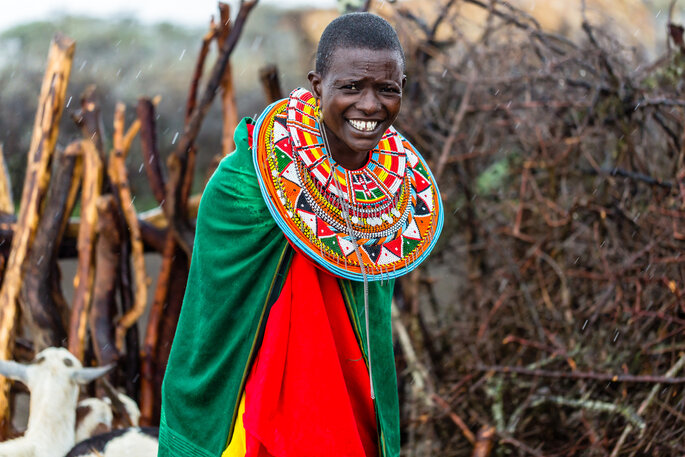 Despite the arid stamp that Africa presents in the collective imagination, its landscapes and surroundings are varied and Kenya seems to house all that honeymooners could ever desire. The famous Savanna, the beaches, the mountainous areas and the highlands of tea plantations are a representation of this rich and varied nature. There, you can choose between the world’s best safaris , and you can spot lions, leopards, elephants, rhinoceros and buffalos.

A honeymoon in a Jeep through the middle of the Savanna is a unique adventure. But, despite the abundant animal and plant life that thrives off its extensive landscapes, Kenya is also an important location for the history of human beings. Many experts consider the African country the cradle of humanity, so they plant their camps there for their anthropological research. Homo Habilis inhabited its lands more than three thousand years ago.

Photo via Shutterstock: pornpoj
save 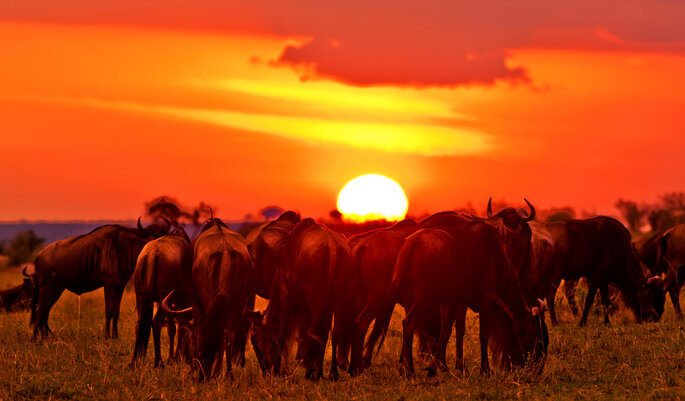 1. Mount Kenya National Park. This park shows the sheer variety of Kenya’s environments. The Highlands of Kenya, with exuberant plant life, contrast with the plains in the distance, where some of the most impressive animals of the Earth run. In fact, the park boasts the second highest mountain in Africa, Mount Kenya, of incredible and dramatic beauty standing at more than 5000m. 2. National Park of Masai Mara. Located to the west of the Rift Valley, Masai Mara is a spectacular Kenyan natural park and a jewel shared by the wild nature and some of the most important Maasai tribes, located in the epicenter, Masai Mara Town, and in small villages. 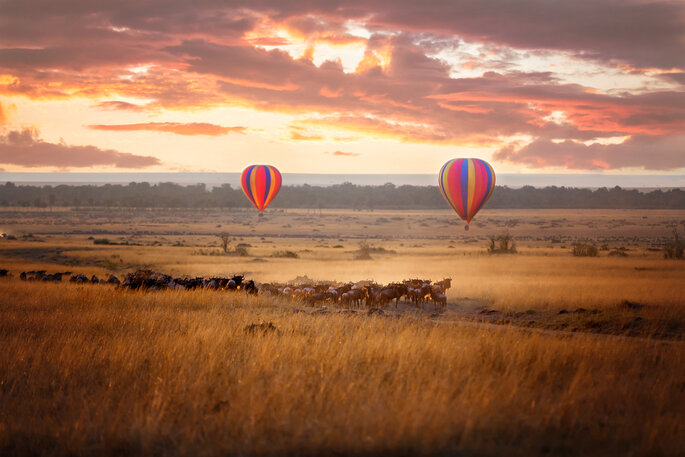 3. Nakuru Lake National Park. Lake Nukuro is one of the most beautiful in the world, as it contains elements that make it much more special than others. There you’ll discover an enormous amount of flamingos, who bathe of pink tones the shore of the lake. In addition, the natural space is one of the greatest paradises for birds. 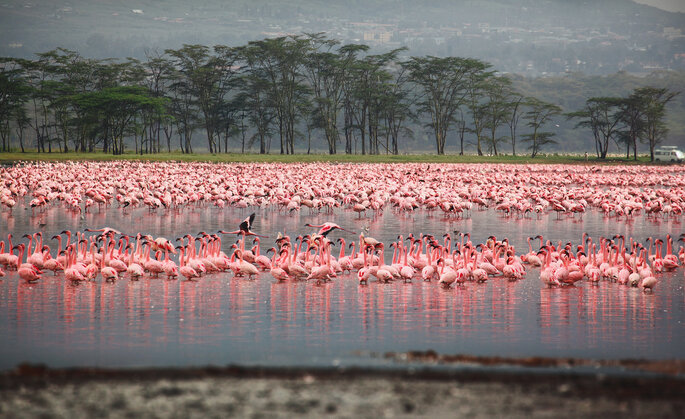 4. Amboseli National Park, bordering Kilimanjaro. It is home to some Maasai tribes and elephant groups, all as part of the vast and beautiful succession of landscapes it contains. It’s also a wonderful setting to appreciate from a hot air balloon. 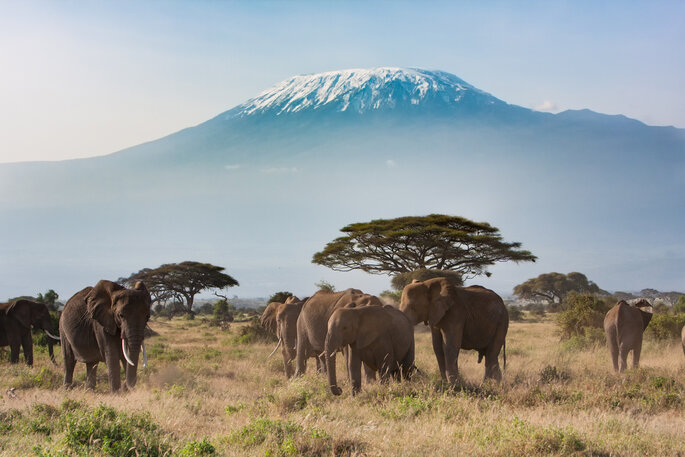 5. Mombasa. The paradisiacal section of the country resides in Mombasa, perfect for the end of the trip to venture into beaches of unusual beauty. They are stretches of white sand and crystal clear water flanked by coconut trees and palm trees, with the addition of the warm temperatures of the Indian Ocean and the coral barrier for divers. In Kilifi, Bofa Beach is one of the most beautiful beaches in the country; and in the Lamu archipelago, the coast extends with impressive beauty.

But Mombasa is also the second largest city in Kenya, connected perfectly with Nairobi, the capital, through cheap flights, and home to luxury hotels that have private beaches. The city is a melting pot of cultures in where are aspects of Muslim culture (numerous mosques), Hindu (Swaminaryan Temple) and Catholic (Holy Spirit Cathedral), as well as the remains of ancient civilizations, unique architecture and top-quality cuisine. A city and an endless number of natural parks

Nairobi is the capital of Kenya and one of the biggest cities in Africa. Although the continent mainly boasts the many the jewels of nature, some of its urban centers are especially attractive. And Nairobi, with its high buildings and cultural richness, is one of them.

Kenya has a leading role in anthropological studies and can be seen in some of the museums in the city of Nairobi. The National Museum has an unparalleled collection of rock art, while Karen Blixen’s house museum (represented by Meryl Streep in Memories of Africa) has several examples of her stories about Kenya. 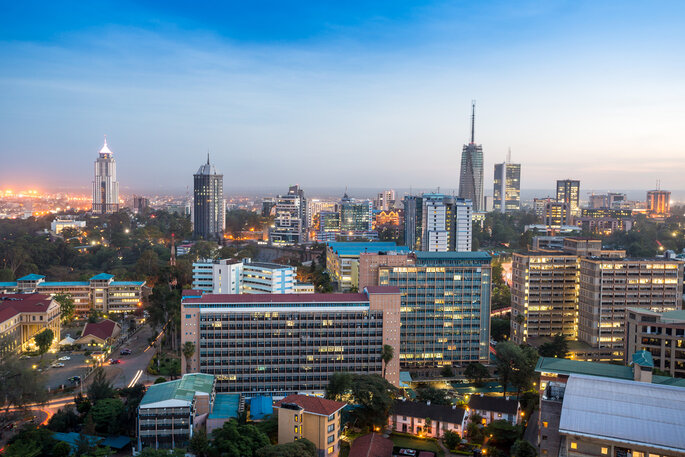 However, as we have already shown in the 5 places of interest, the national parks are its main tourist attraction. In addition to the aforementioned ones, Lake Turkana, a World Heritage Site, possesses an incredible beauty, which unites three natural parks; the reservoir of Samburu, where giraffes and zebras coexist; the Tsavo Occidental National Park, with landmarks such as the Mzima springs and the Roaring Rocks; and the Aberdares National Park, with the enormous waterfall of Gura, elephants, buffalos and its 770 square kilometers of lush jungle. 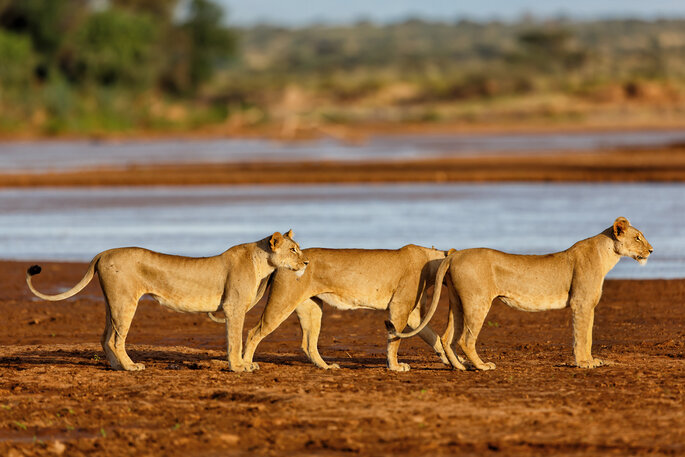 What more could you want on an adventurous, luxury and unforgettable honeymoon experience?  This one country represents all the wonders of the African continent, and will make for the trip of a lifetime.

Honeymoon in Indonesia: A Walk Through The Undiscovered

Honeymoon in Thailand: The Dream Trip For Newlyweds