It’s been a long time coming, but this weekend, we finally received confirmation from 21-year old supermodel Hailey Baldwin that she and her ex-teenage heart-throb fiancé Justin Bieber have actually tied the knot. We reported on rumors of this pairs’ nuptials way back in September after Hailey’s actor uncle Alec Baldwin seemed to let slip at the Emmy Awards – telling a reporter that the pair had just “gone off and gotten married“. This was strongly denied by the pair at the time across social media, but everything changed on Saturday… 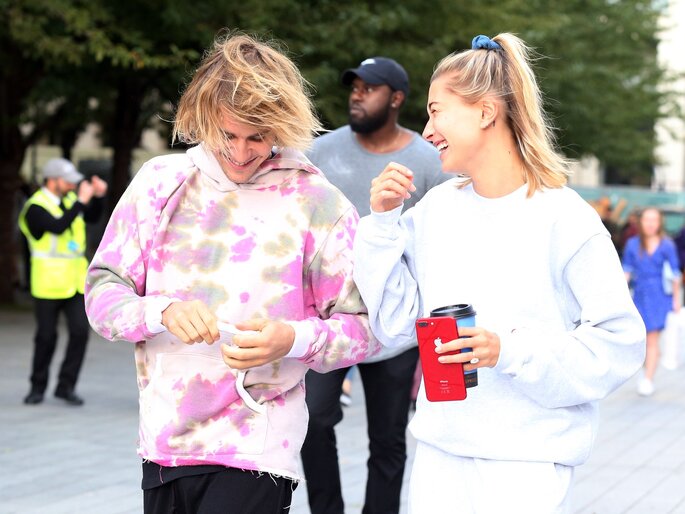 It might not be the way that all of us would choose to announce it, but it seems that this on-and-off-again pair really have exchanged “I do”‘s as Hailey changed her Instagram username to Hailey Rhode Bieber – foregoing her maiden name. The change came out of the blue, as news circulating this couple had started to die down in the Hollywood gossip channels – with many seemingly having taken the them at their word that they had not yet tied the knot. Indeed, many were convinced that Uncle Alec had gotten the wrong end of the stick, and it would be a long time before Justin and Hailey walked down the aisle – after all, they only got engaged in July!

And to add fuel to this ongoing fire, Justin posted a picture himself over the weekend of him and his – dare we say it? – new wife, with the caption “My wife is awesome“. That one is possibly a little more difficult to misconstrue! After four years of dating – with each seeing new people during their off-time – the Biebers have finally made it official.

And the reaction from the internet was about as hysterical as we can imagine! Fans of Bieber expressed happiness over his marriage – although there were understandably some very upset teenage girls amongst them! – and the comments on Hailey’s first photo after the name change show a huge amount of support for the couple. After years of waiting for these two to get their act together, the fans are overjoyed that they have finally put a ring on it (although we have to admit, we’re still not convinced about the #jailey hashtag…).

We at Zankyou wish these two all the best in their future together! It’s a fantastic thing that will be spending the best years of their lives together – and with their combined wealth, we’re sure that they’re going to have fun whilst doing it! After months of speculation, this seems to finally be confirmation – congratulations to Mr and Mrs Bieber!

You may also enjoy these articles:

The 15 Most Iconic Celebrity Weddings of All Time

Heart-Warming Messages of Love From Our Favorite Celebrity Couples