Almost a year after the rumours began, and nine months after confirming their engagement, Gwyneth Paltrow and the producer Brad Falchuk made their way down the aisle this Saturday, on September 29th. Their union took place in the garden of a private home in the Hamptons in New York, in an intimate ceremony far outside of the public eye. Several famous faces made an appearance, including Robert Downey Jr. (Paltrow’s Iron Man co-star), Cameron Diaz and her husband Benji Madden, director Steven Spielberg and comedian Jerry Seinfeld. 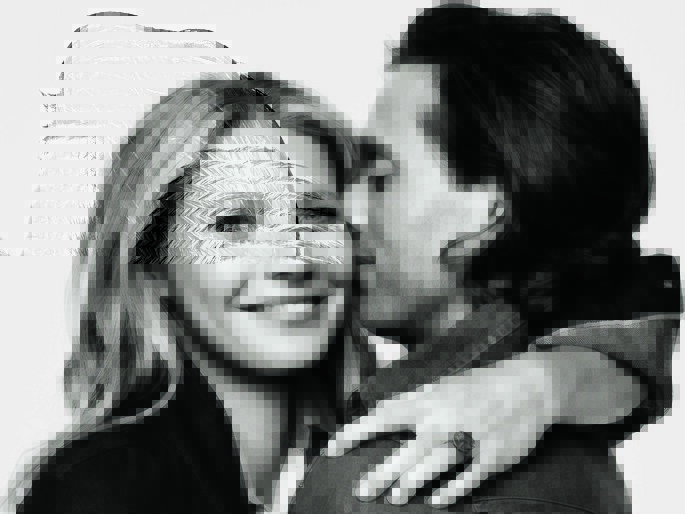 The actress shared an image on Instagram of her and Brad’s hands with their wedding rings on show – proving beyond doubt that these two have finally married!

This is Paltrow’s second marriage, after she married Coldplay-frontman Chris Martin way back in 2003 – their ceremony was similarly private, but far more spontaneous, with the pair eloping to Santa Barbara, California without any guests at all. They share custody of their two children – Apple, 14 and Moses, 12 – and famously “consciously uncoupled” in 2014.

Happy Father’s Day cajm, you are a ray of sunshine ☀️.

Brad has two children as well, Brody and Isabella, from his ten-year marriage to Suzanne Bukinik, from whom he separated in 2013.

The two began dating in 2014 after having met on the set of the series Glee; Falchuk was executive producer and co-creator of the show, and Paltrow was a special guest, playing the substitute teacher Holly Holliday for several episodes. Their relationship was made official in September 2015, when they attended the Scream Queens premiere together.

The couple agreed to make a pre-nuptial agreement before getting married. “It was very easy, and they both agreed to the terms. It was something that they both believed was necessary whilst they planned their wedding,” a source from E! revealed.

V-Day dinner last night. Thanks @jessseinfeld for the recipes. #foodswings

Congratulations to the happy couple, and we wish them all the best!

You may also find these articles interesting: