Are you good at eating? You like to travel? Well, you already have it: gastronomic honeymoon is the perfect option for you! Because on our planet, the best cuisines in the world are lucky to be set in some of the most beautiful places on earth. So, why not take advantage of the great trip of your lifetime to also eat as you deserve?

Take a look at the best options below… 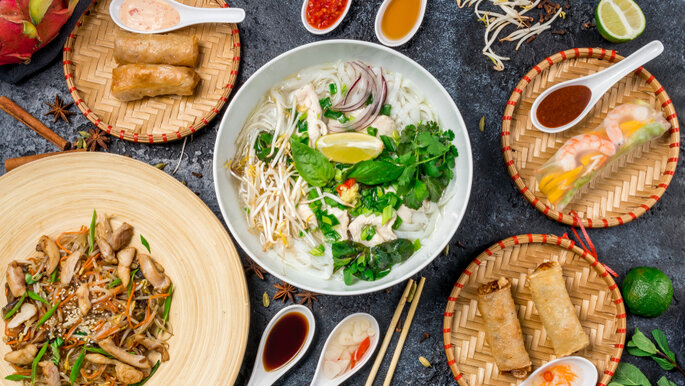 Spain is one of the most important countries in the art of good eating. Whether you reside in the country and you are looking for a national or more economical honeymoon, as if you are from outside and enjoy the honeys of the good products of the land and the creativity of the new chefs, Spain is a wonderful destination for its incredible and delicious variety. From Asturias and the Basque Country to Andalusia, through Catalonia and the Castillas, all of its autonomous communities and provinces have an incredible sample book.

As supporters, the 195 restaurants in Spain that have one, two or three stars in the Michelin Guide, as well as the designations of the Bulli (restaurant of Ferrá Adriá, already closed) as the best restaurant in the world for several years, plus many others nationals that have received this award. Thanks to all its establishments and locations, Spain will begin to show beyond ham, paella and tortilla. 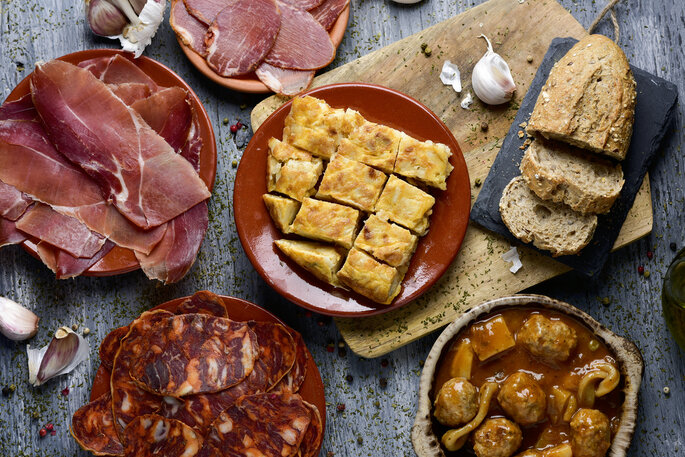 It is the country with the most Michelin stars scattered in its restaurants (only 314 of these distinctions reside in Tokyo, even in a fast food restaurant), many of them with the three that make them indisputable in the kitchen. And it is not for less, since Japan is an example in the vanguard of the kitchen, adhering to the fusion of gastronomies and to the contribution of unique flavors. Japan is the cradle of harmony, and is also reflected in the balance of ingredients, with sparks of joy, and in the structuring of their dishes.

We know sushi, but this is just the tip of an iceberg that continues with the tsukemono, the edamame, the seaweed, the onigiri or the tempura, and continues with an infinite succession of products and elaborations. All this in the shelter of such incredible cities as Tokyo, Kyoto and Osaka. 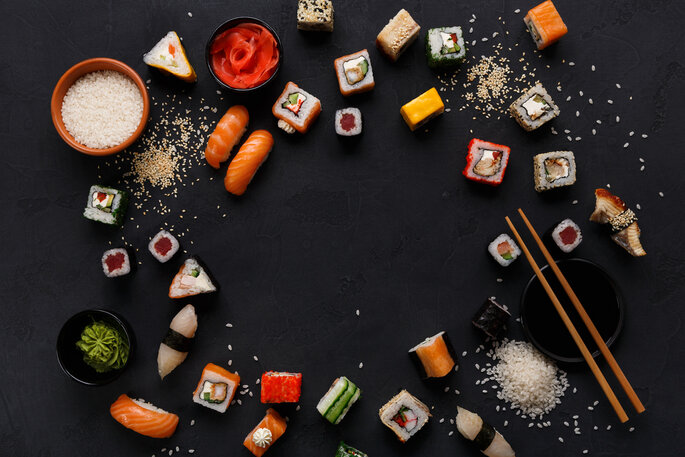 It has always been one of the countries that have been taken as reference in the world of cooking for years. In addition, to endorse all this information, there are the 134 Michelin stars that only flood the restaurants of Paris and the recognition of their great chefs.

The positive thing about France is that its cuisine, as it happens in Spain, is distributed throughout its wonderful areas. Thus, in addition to its well-known delicacies of cheese, foie gras, bread and the wonderful wine that waters its fields, the dishes scattered throughout its charming regions stand out: Provence (the bouillabaisse), Alsace (the choucroute), Brittany (crepes), Lorraine (the quiche lorraine), Savoie (tartiflette, raclette and fondue) Grenoble (gratin dauphinois) or Burgundy (boeuf bourguignon), to mention just a few. And its pastries and bakery is perhaps the best in the world, whose magnificent works of art can be tasted confectioners in its sophisticated premises. 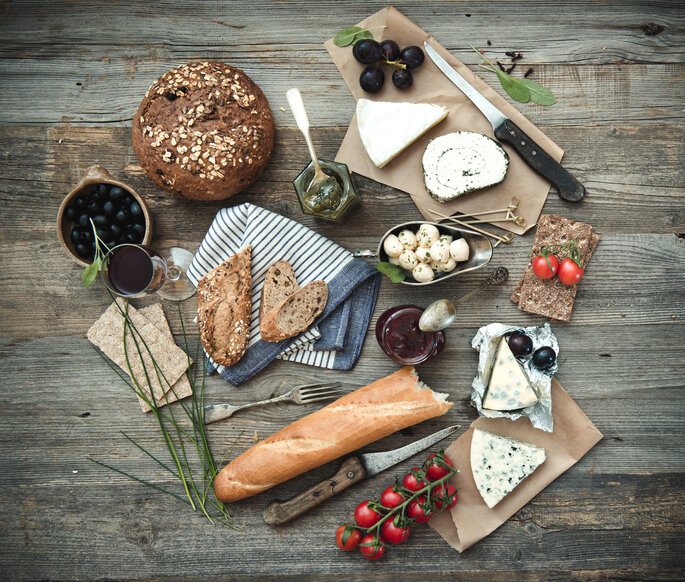 Another of the world references in terms of food is Mexico. Its gastronomy, perfect for large banquets, has spread throughout all countries of the world, so much so that in any menu it is easy to find elements or great dishes from your kitchen. Their Mayan and Aztec influences are more than evident and these are reflected in their incredible and tasty elaborations.

Although its gastronomy is much more complex than that offered in many places, the base of its cuisine consists of the mixture of corn tortillas or flour with chicken, veal, pork or seafood, and accompanied by elements such as beans, rice and dough. All seasoned with spices, citrus and vegetables, some of them spicy, the result is a fantasy of flavors that go far beyond the known. Because although we enjoy the tacos and the burritos, the mole, the drowned cake or the pozole are some of those unknown that advance a myriad of elaborations. 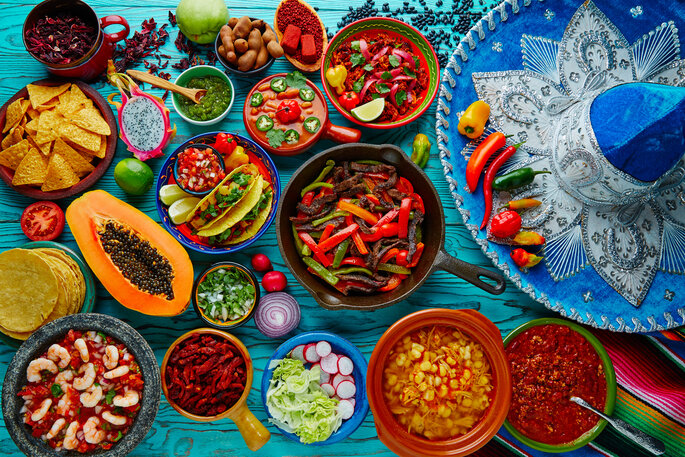 Vietnamese food is considered the most important in Southeast Asia. Travel north from Sapa and Ha Long to the south in the Mekong, on the border with Cambodia. They are specialists in mixing flavors and generating contrasts. They combine with joy all kinds of meat and fish with an immense variety of vegetables and fruits, getting very tasty sauces and sensations of the most peculiar, all in large restaurants or in stalls scattered on the street. In addition, always economic and very varied.

The Vietnamese rolls are some of the milestones that you find, but they are masters in soups of noodles, meat and vegetables; salads, meat and fish; and skillfully handle desserts. One of its peculiarities is the mixture of meat and vegetables in a bowl of rice to create a dish to taste. The result can be really exquisite.

Its cuisine is perhaps the one that has spread the most throughout the globe, although it has become so distorted that it seems to be simple to elaborate. But Italian gastronomy is a world, with pasta and pizza as bases, a science that very few dominate to perfection and that is subject to very strict and adulterated standards throughout the world. Therefore, nobody will cook it like them.

But Italy, with its beautiful cities such as Florence, Rome or Venice, and the myriad of inland and coastal towns, passing through islands such as Sardinia, has a spring of dishes that surpass the myth of pasta. The burrata, polenta, risotto, arancini, polpi in purgatory are some of those dishes that go beyond the known, without counting the good treatment of meat and fish, as well as its abundant and tasty salads. 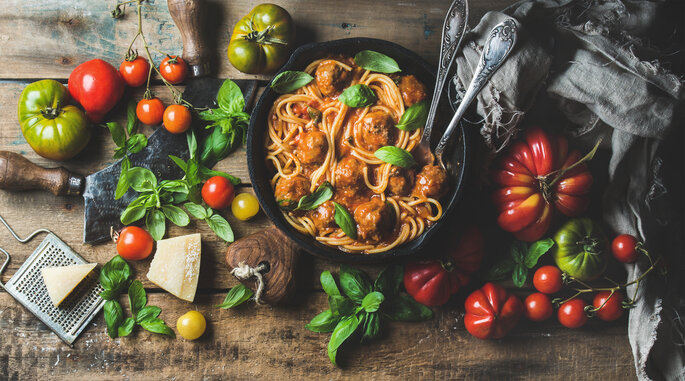 Traveling and eating are two of the pleasures of life that can go hand in hand without any problem. If you are looking for that dreamy adventure, why not accompany it with the best products of our world?

Honeymoon in China: Discover the Exotic Nature of the Orient

Honeymoon destinations
Feb 27, 2019
The most well-known country in the East is also a mystery because of all the secrets it holds. For a honeymoon, it's a total adventure in all senses of the word.