It’s been four years since the rumours that Justin Bieber and Hailey Baldwin were a couple began, and now it seems that the pair have taken their on-off relationship to the next level. Reports are flooding in that, during a romantic getaway in the Bahamas, Justin got down on one knee and asked Hailey for her hand in a marriage – with a resounding yes in response.

Though we are yet to hear from singer Justin or model Hailey themselves in confirmation of the news, it appears that speculation of an engagement has a lot of merit. Just last night, Justin’s father posted a somewhat-cryptic message on Instagram, saying “Proud is an understatement!”, with the vagueness of his post clarified by Justin’s mother who tweeted out the word love seven times. Surely it’s not a coincidence!

The news comes as a surprise for even the most-devoted Beliebers, especially since Hailey and Justin’s quite public break-up in 2016, which both followed with new relationships – Justin returning to old flame Selena Gomez until earlier this year, and Hailey (although unconfirmed) to singer Shawn Mendes, with whom she famously attended the Met Gala this year in May.

Critics have already started to weigh in, with many comments about the young ages of the couple (Baldwin is 21, and Bieber has recently turned 24), and a whole wave of fans devastated that Justin seems to now be permanently off the market. However, there have also been hundreds of messages of support for #Jailey, with many of their combined 108 million Twitter followers congratulating the pair (along with a few people as confused as we were!) 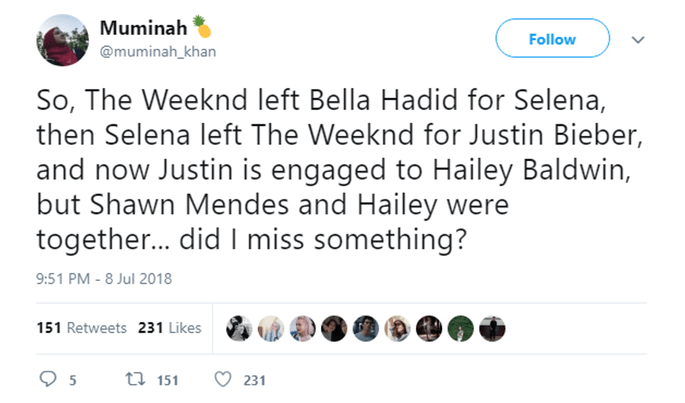 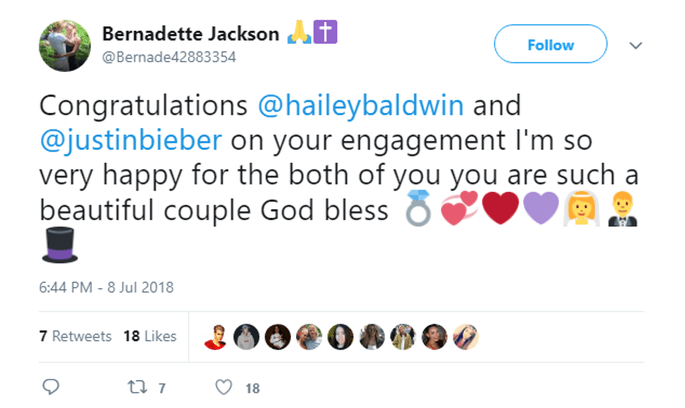 Some fans have already expressed their disappointment that #Jelena (the combined name for Justin Bieber and his ex, Selena Gomez) is not going to make a third comeback, but we at Zankyou wish Hailey and Justin all the very best for their engagement, and their life together. We’ve also got some great advice if they’re looking for help planning their wedding! 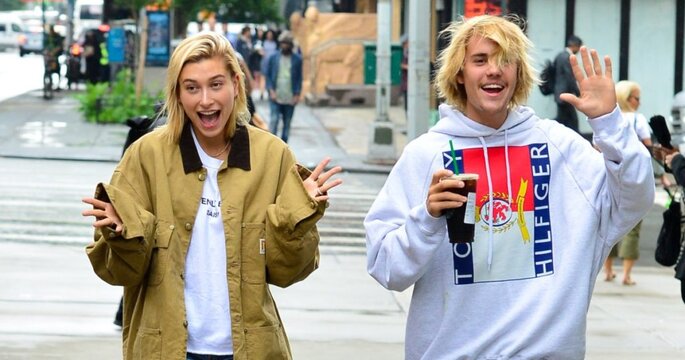