On what we now know to be her first wedding anniversary (!), last week Cardi B shared a picture of her big day with rapper Offset which took place last September. The notoriously public couple kept their marriage a secret from the world for a long time, but it was seemingly time for the truth to come out – and the rapper finally gave her millions of followers a first look of her astonishing wedding look… 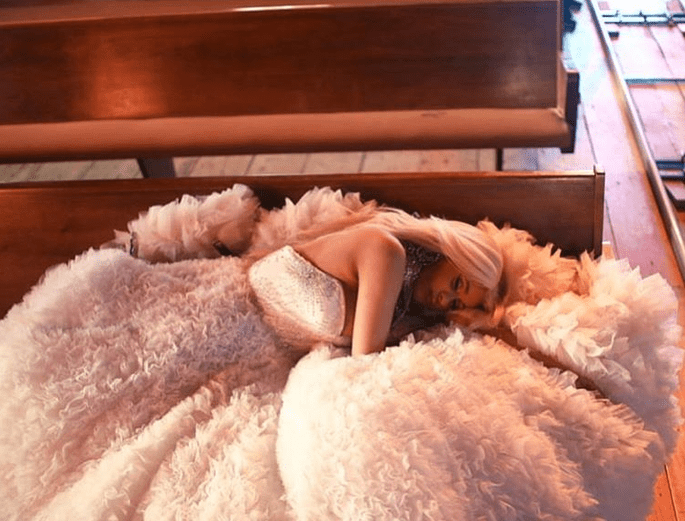 “Anyone who wears sweatpants has lost control of their life,” Karl Lagerfeld infamously once said. However, it seems that times have definitely changed, and no-one has shown this more than Cardi B. A style icon in her own right, showing off an array of distinctive looks every time the paparazzi catch her on camera, the rapper revealed on Instagram that she wore tracksuit bottoms and a matching top for her ceremony. Well, not everyone wants to get married in a dress… right?

Even though the singer’s wedding outfit is more than unusual, at least the casual two-piece was white, in line with some bridal traditions. The “Top Secret” wedding was very spontaneous – Cardi B and Offset got married on the same day that he proposed to her.

The location and venue of the wedding was also very casual – it actually took place in the bride and groom’s bedroom, with a makeshift altar constructed out of what was in the house! The only witness was one of Cardi’s cousins, so we’re not surprised that their marriage has managed to be kept under wraps for so long!

The news of their marriage was made public in June, when Offset thanked “God and my wife” upon winning an award at the BET Awards, after which the union was confirmed by gossip site TMZ. However, we have long been waiting the photos – and we have to say, we’re quite surprised!

Thank you so much to @rollingstone and @ruvenafanador!! Go to Rollingstone.com now to read the full article!

We wish this couple all the best for the future, especially with their newborn now in the picture!