Bachelor parties are full of great expectations. And to blame for it, as always, is the cinema. Because, although we could organize a simple, civilized night out, we always look to Hollywood for crazy, unforgettable nights.

Have you thought about how you’re going to organize your final night out as a single man/woman? Will there be tigers in your hotel room? Did you meet Mike Tyson? With a bachelor party anything can happen… Just take a look at these 8 Hollywood films. 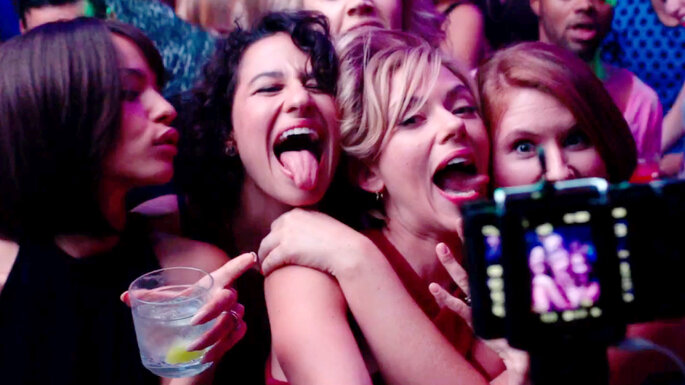 It has to be the first one on the list, for sure. And it has two more parts, one in Thailand and the other that has nothing to do with bachelor parties! The film clearly demonstrates how a bachelor party can spin out of control, because the groom-to-be ends up lost and his three best friends are set on a mission to find him and get him to the altar.

In summary, if you’re wanting tigers, babies, tooth loss and hospital visits you must watch this film. If you’ve watched it already, perhaps watch it again to get inspiration for your party, or not?

This film not only showed the reality that women can also go crazy at bachelorette parties, but it became one of the most praised by critics and audiences within the subgenre. Although, on this occasion, the party does not go to plan, and we see Kristen Wiig ruin and mend her relationship with her best friend. In the end, who knows, perhaps they’ll all live happily ever after?

The third part of the great adolescent saga places seriousness in the atmosphere of the group. Because Jim and Michelle, after starting their relationship with a night of adolescent sex at the end of high school and solidify the issue in the second instalment, they are getting married, and the bachelor party is borne out of Steve Stifler, and ghost. The intention is to reunite the group again, with all the many possible consequences…

Scarlett Johansson was momentarily lowered to the thug movie to talk about the bachelorette party. Her party, held in Miami, one of the epicenters of the party-holiday, with her wonderful friends. However, on the first night thing gets out of hand, and not because they consume questionable things and the brown line in the club (that too), but because, shortly after the movie starts, they accidentally kill a stripper. But who is this guy really? While trying to solve the greatest disaster, will come to light the maturity, friendship, loyalty and all this stuff that usually fill the American movies about the lack of control.

Ninth film par excellence for the dynamism and surrealism that it breathes. Fisher and Cameron Diaz are engaged to be married, but things are not that simple as his friends try to organize a crazy bachelor party in Las Vegas, with drugs, prostitutes and a myriad of stories. However, things are complicated, because the death of a stripper (do you see a trend?) cause a chain of macabre events, blackmail and nervousness that ends in a delirious black comedy.

At this time, Tom Hanks was very young and a big hit in American films. But, evidently, the cinema of that time was more modest and the stories of alcohol, narcotics and many other follies that end in fires and bacchanalia were not distilled at that point. So, on this occasion, the bachelor party that Hanks friends decide to organize, with epic intentions, ends up becoming a disaster because of the interference of the bride’s parents. 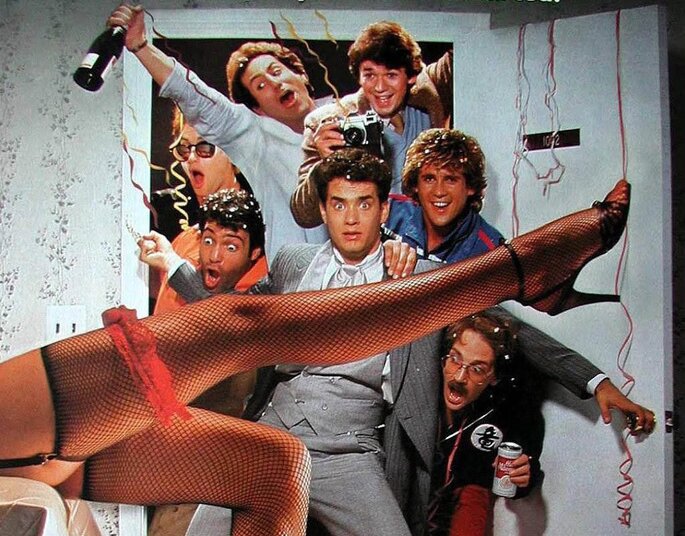 The least known movie of all is also a madness that includes a bachelorette party, but not a bride. Well, the bride is at some point and also her spirit, but the party is organized by her high school friends, who used to bully her. While they know each other and surrender to all possible secrets of the night, they break the bride’s dress… What will happen next?

Your bachelorette party can be quiet, like a bridal party, or crazy, as the protagonist of all these characters. What would you prefer?

You may also enjoy these articles:

The Ultimate Rom-Coms to Watch Whilst Planning Your Wedding

How to Throw a Memorable Bachelorette Party: 8 Party Ideas You Won’t Want to Miss

How To Organize A Bachelor Party: Tips From The Experts

Bachelor party
Jul 5, 2019
As best man, the bachelor party is your time to shine. Plan a night to remember with our comprehensive organisational guide!

How to Throw a Memorable Bachelorette Party: 8 Party Ideas You Won't Want to Miss

Bachelor party
Dec 4, 2018
Guest blogger Serena Dorf tells us all about the best ideas for a memorable bachelorette party - so if you're in the planning process, don't miss out!

Bachelor party
Aug 28, 2015
How will you celebrate your bridal shower? Here are some great inspirations!