We often see perfect wedding pictures of happy couples smiling and guests enjoying the big day, but where there´s a big event there´s bound to be a gaffe, glitch, gasp moment somewhere. The famous Robert Burns line goes: the best-laid plans of mice and men/often go awry. So, we went in search of those moments. We asked our Zankyou readers and clients to share with us some of their most disastrous wedding stories so that those of you planning your wedding can take heed and try avoid these bloopers. Then again, sometimes fate has a mind of its own. 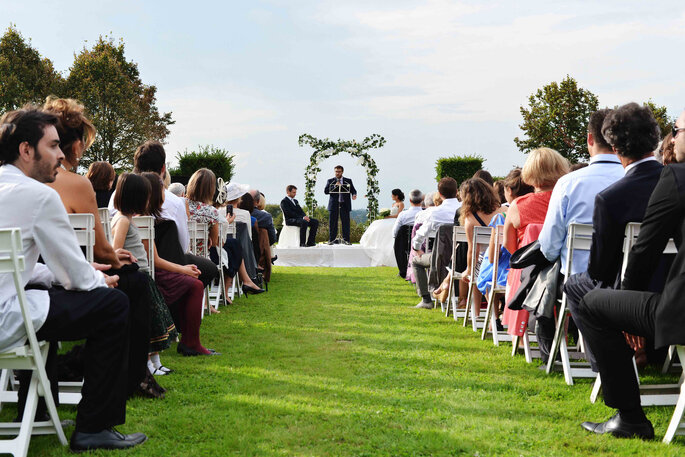 Herewith our vignettes of tragicomic bloopers:

1. The wedding was going off without a hitch and everyone was enjoying themselves, drinking and making merry. Then someone went to the bathroom and disaster struck. The wedding venue had forgotten to buy toilet paper and the guests and bride and groom had to resort to using napkins for the rest of the night.

2. Everyone had arrived at the church on time, the groom was ready and the bride was waiting in the wings with her father. The wedding planner signaled for the wedding to begin and the music started. The bride walked down the aisle, people cried, her father handed her up to stand next to the groom. They stood a good ten minutes waiting for the priest to show up. He never did.  He´d forgotten to mark the date and was in another church doing mass.

3. It was a August wedding and a particularly hot day. There was no air conditioning in the church and everyone was sweating profusely, most of all the groom. When it came time for him to say “I do” he fainted without answering. They revived him and when he was standing again, the priest repeated the same question. Before he could answer the groom fainted again.

4. The wedding photographer was getting really close, intimate shots of couple when all of a sudden his nose started bleeding. The blood got all over the bride´s dress and shoes!

5. The setting is a beautiful garden with several fruit trees. Minutes before the bride and groom are about to cut the cake a giant mango falls directly on the cake, destroying it and splattering the couple with cake and icing. Luckily, everyone thought it was hilarious, including the bride and groom.

6. The mother of the bride´s dress split right down the back seam as she was sitting down for the ceremony, exposing her spanx to the entire wedding party. No one had a sewing kit handy, so the mother of the bride asked one of the caterer´s for a napkin and tucked it into the top and hung it down her back like a little cape. Every time the breeze would catch it we could all see her spanx again. 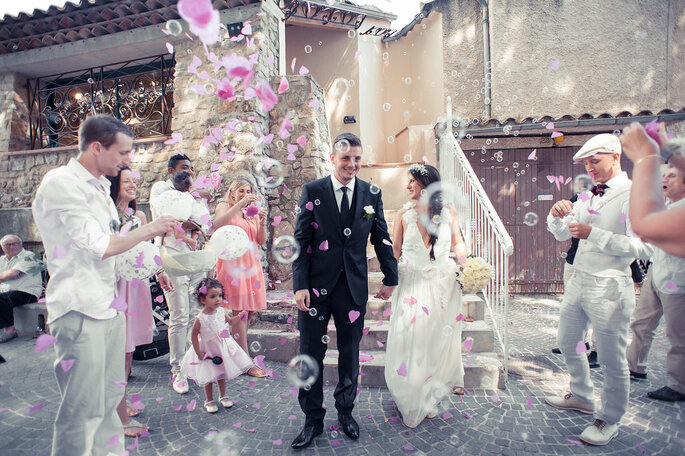 7. The cake had been cut and it was time to pop the champagne. The groom excitedly shook the bottle and aimed the bottle without looking, shooting off the cork at light speed – right into his mother-in-law´s forehead, knocking her off her feet.

9. While the couple were reciting their vows a stray dog entered the church, circled the couple and started to urinate on the podium before it was chased out.

10. The minute the bride entered the church the whole city experienced a blackout. The food began to spoil and all the ice melted. Some thought it was a bad sign.

11. It had been raining non-stop for two days before the wedding was to take place – at a farm. The mud was so thick and cars were stuck and couldn´t get the guests stuck in the mud. After being rescued, they arrived at the party with his foot full of clay stamping the hall.

12. It wasn´t until after it was too late that the caterers realized they set up the candybar over an ant nest.

13. There was a small misprint on the officiant´s booklet and he kept referring to the bride as “Craudia” – her name is “Claudia.”

14. The church had double booked weddings, one right after the other. The bride from the first wedding was late 30 minutes so the priest rushed the ceremony, and even before the couple had walked back down the aisle, the alter and decorations were being taken down. 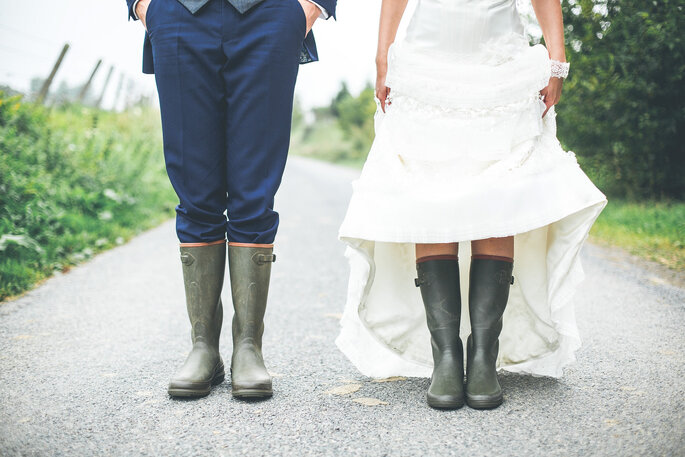 15. The reception was just starting to get going when loud sirens interrupted the music and more than five police cars come screaming up to the venue. The shut down the whole party because the venue had forgotten to renew their fire license.

16. The week before the wedding, after everything had been paid in full, the cake and sweets supplier declared bankruptcy.

Some of these instances are easily avoidable, but some of them are unavoidable. The best way to deal with those circumstances is to laugh it off – at least it will make your wedding memorable!

Special thanks to all who contributed the information for the post!

The essentials from Planning the wedding

Planners, venues and designers: The most magical options for a wedding in Europe

Planning the wedding
Mar 27, 2020
What are you waiting for? Look through these stunning photos from wedding planners, designers and destination wedding venues to help you plan your big day in Europe.

Everything You Need To Plan An Unforgettable Wedding In Italy

Planning the wedding
Feb 29, 2020
Not only has it been voted one of the best places to get married in Europe, it also continues to surprise wedding experts with its myriad of cultural customs and traditions. All of this is thanks to their expert wedding specialists who are more than happy to help soon-to-be-wed couples design their big day!

How To Choose Your Wedding Flowers In 5 Simple Steps

Planning the wedding
Jan 30, 2020
Flowers are a fundamental part of any event, especially a wedding. Choosing plants, flowers, trees, pots, arrangements, centrepieces and anything both natural, fresh and decorative is often an essential for brides and wedding planners in the lead up to the big day

Things You Should Not Forget About When Planning A Wedding

Planning the wedding
Dec 10, 2019
Planning a wedding can be stressful, to make sure you don´t forget anything we have listed the most important wedding planning tips

Planning the wedding
Dec 3, 2019
While you may not be able to control every detail of your wedding, there are ways to make the best day of your life a good day for the environment too.

How To Choose The Best Wedding Photographer In 5 Steps

Planning the wedding
Nov 28, 2019
Looking for the perfect photographer, but not really sure where to start? Check out Zankyou's top tips for making sure you have the best photos to look back on your wedding day.

Planning the wedding
Nov 12, 2019
Before starting to organise your wedding, you need to plan the number of people you will invite. Follow these tips to create the perfect guest list.

How To Choose Your Wedding Venue In 5 Simple Steps

Planning the wedding
Nov 2, 2019
The venue is the single most important factor in your wedding planning, but there is so much to consider before you choose the perfect one for you! We make it simple with these 5 steps...

The essentials from Planning the wedding